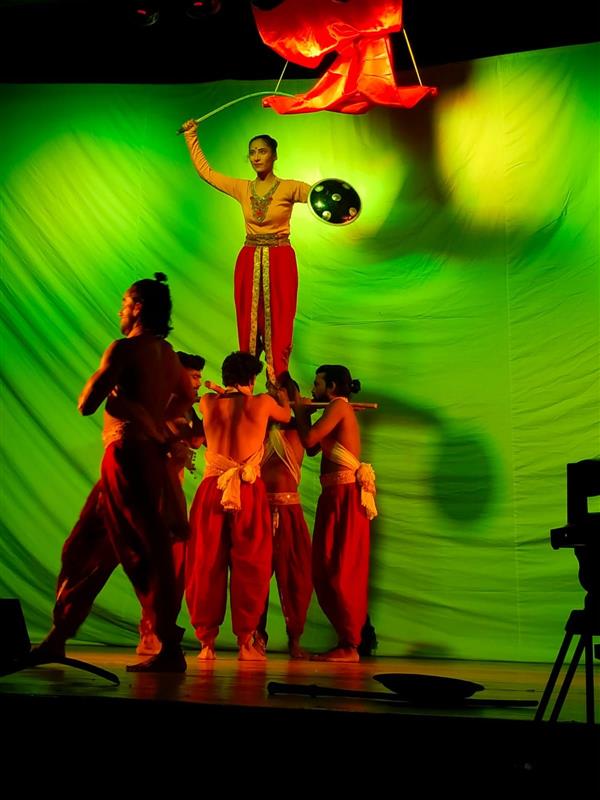 The play, ‘Mardani’, being staged at the art gallery in Amritsar on Wednesday.

A dance drama based on the life of Rani Lakshmibai was staged during the ongoing Bharat Rang Mahotsav at the art gallery. The festival director, Rajender Singh, said the play was presented by Disha Creative Dance Goup, Delhi.

The play opened with a poem by Subhadra Kumari Chauhan titled “Khub Ladi Mardani’. The verses “Khoob ladi mardani woh toh Jhansi wali rani thi” have been etched in our minds as we read about her valour and bravery as she fought British forces invading her home.

The dance drama directed by Basu Sharma and Disha Sharma presented the journey of Manikarnika from a home-educated princess to the first queen of Jhansi. Manikarnika’s childhood was full of swordsmanship, horse riding and armed training. After the death of her husband, who was the king of Jhansi, she overcame family infighting and the British eyeing the throne of Jhansi and ascended the throne.

The dance drama was heavy on dramatics and light design, presenting it as an effective tool of narration. The underlying message of the play was to highlight the role of women in India’s first fight for freedom. Rani Lakshmibai prepared and trained women in her palace in armed combat and swordsmanship. Its relevance in today’s time stands as women in our society are still facing regression, oppression and need to be trained in self-defence and standing up for their rights.

Depicting the bravado and courage of Rani Lakshmibai, the play attempted to cancel patriarchy and the belief that women were not suited to rule.