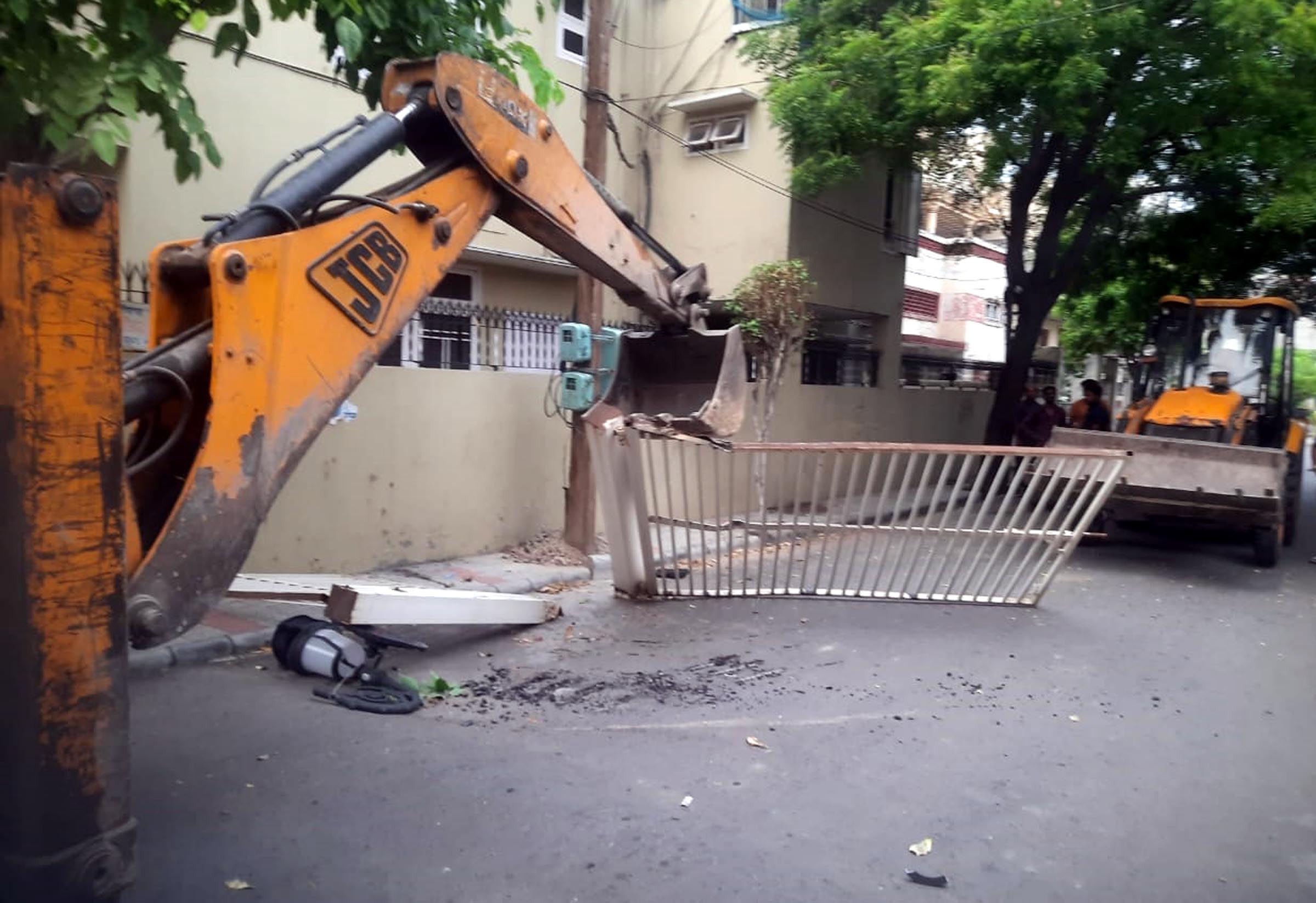 A JCB being used to demolish a gate installed at the entrance to a residential locality in Amritsar on Friday. Tribune photo

Cracking a whip against illegal structures, the Amritsar Municipal Corporation demolished six illegal gates installed at the entrance to a residential locality here on Friday. Acting on the complaint of the Mohalla Sudhar Committee of Ajit Nagar on Sultanwind Road, six such gates were removed by MC staff.

In a joint operation conducted by the estate wing, the MTP Department, police personnel of the MC and district police personnel, the illegally erected gates were removed from the government road in Ajit Nagar Sultanwind Gate in Ward No.46.

The action was taken in the presence of Duty Magistrate Archana Sharma, who is also Naib Tehsildar Amritsar-1. The operation lasted about two hours and the six gates on different sides were removed. During the operation, the team faced opposition from some residents, which led to the suspension of the operation for some time. However, SHO Pawan Kumar and his team handled the situation in the presence of the Duty Magistrate and proceeded smoothly.

There are several other localities where such illegal gates in the name of security have been installed and creating inconvenience to area residents. MC officials warned the residents against installing such gates at the entrance to residential localities. Inspectors Raj Kumar and Satnam Singh, Arun Sehajpal, Arvinder Singh and police personnel of the MC were present on the occasion.