Misplaced priorities? Say on the one hand govt offered jobs to its effluent MLAs’ sons, while on the other, the deserving ones have been left in lurch 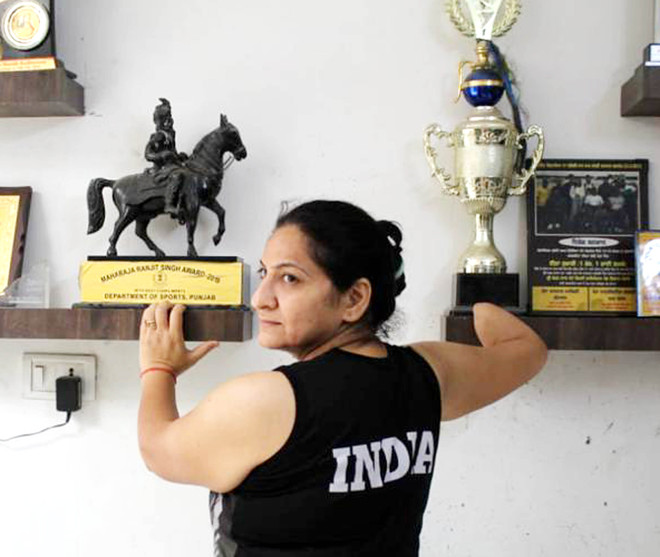 Dejected by the false assurances of government jobs, Amritsar-based Paralympian Veena Arora, along with other para players of national and international repute, have decided to return their state sports awards in protest.

Along with her, at least seven para players of various disciplines from Punjab including international wheelchair para badminton player Sanjeev Kumar, state awardees Kuldeep , Gurdeep, Rajeshwar, Varinder Khanna, Gursewak and Jatinder from various parts of Punjab, will stage protest outside the CM’s residence in Chandigarh on Thursday. Recipient of prestigious Maharaja Ranjit Singh Award, Veena (46) said on the one hand Capt Amarinder-led government offered jobs to its effluent MLAs’ sons for political gains, whereas on the other, the deserving ones were left in the lurch. Launching a scathing attack on policy matters, she pointed out that more than a sportsperson that too disabled who brought laurels in the sports field, a ‘tiktok’ star Gurnoor finds prominence on Capt Amarinder’s priority list, whose father was inducted into the police.

“Similarly, the kin of those who died by consuming illicit liquor, too, gained government’s attention and were offered jobs. What about us who had put the state on global map?” she asked. She said a dharna was staged outside the CM’s residence in 2019, too, but it culminated with hollow promises made by his OSD.

Over two decades ago, Veena lost her right hand to the negligence on the part of doctors. “I was 25 then. My right hand had to be amputated as it had developed gangrene due to wrong prescription. Another jolt was that my husband left me and our 3-year-old child. It took me some time to rebuild my will power,” she said. With no assistance from the state government or district administration, Veena ran a block printing business to make both ends meet. About her interest in sports, she said in 2010, she came across a person in New Delhi, who inspired her to try special sports. “I never knew about para sports. It took me two years to build my confidence and I took admissions to Jawaharlal Nehru Stadium to undergo training.” There was no looking back after that.