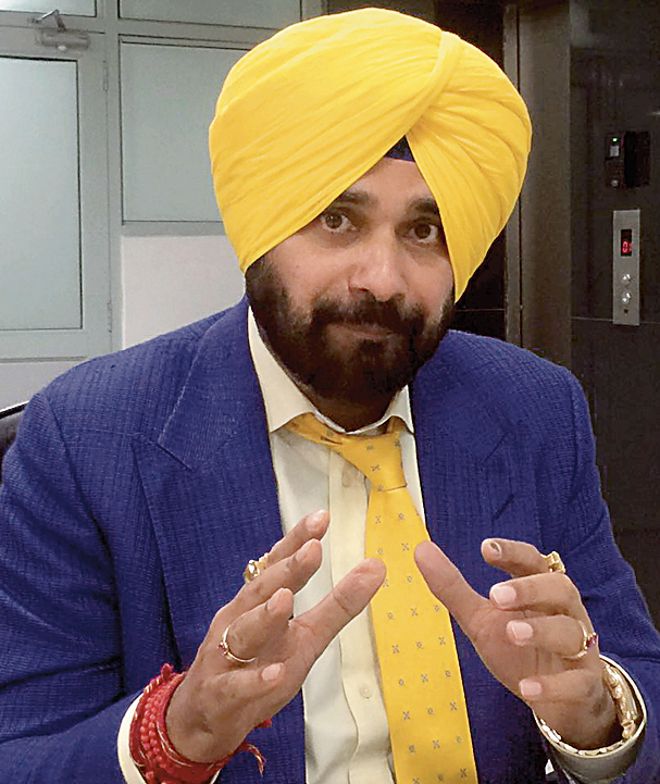 Congress leader Navjot Singh Sidhu today said he, along with councillors and his supporters, would hold a protest against the farm Bills at Hall Gate in his Amritsar East constituency tomorrow.

Farmer unions should form cooperatives with small farmers as equal partners to protect them from exploitation by capitalists. — Navjot Singh Sidhu, Congress leader

Sidhu’s announcement came in response to the Congress’ call asking its MLAs to hold protests against the Bill. He held a meeting with his supporters here today.

The Congress leader has asked farmer unions to form cooperatives with small farmers as equal partners to protect them from exploitation by capitalists. He also said challenging the Bill in the Supreme Court appeared to be the best way to counter the Central Government’s decision.

“There is a need to chalk out a common minimum programme to safeguard the farmers’ interests. Only six per cent of India’s farmers were benefitted of the basic MSP, whereas the 94 per cent who roam the markets end up doing petty labour jobs to make both ends meet,” he said, adding that farmers of Punjab and Haryana contributed substantially to distributing food through the public distribution system.

The Punjab and Haryana farmers carried the load of the country’s PDS, supplying cheap foodgrain for 80 crore people by keeping the MSP much below the genuine market price. Punjab has 1,850 purchase centres including 152 big mandis.

He said the Union Government had made the mistake of choosing a failed free-market structure from the US and Europe over India’s successful ‘mandi pattern’. “The move will favour big crony capitalists at the cost of public enterprises, farmers and labourers,” he said, adding that the Bills would adversely affect India’s federal structure and impinge upon the state government’s jurisdiction.

“Who has spared the thought for 28,000 arhtiyas and four to five lakh allied labourers of mandis who are on the verge of losing their livelihood,” he asked.

He also claimed that the Bills could lead to “unprecedented” food inflation.