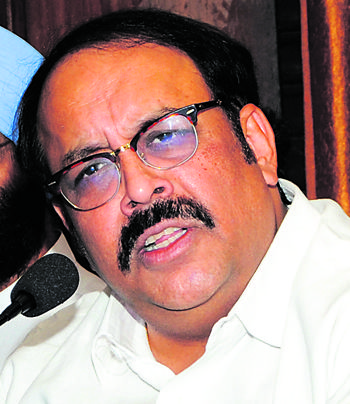 Bharatiya Janata Party’s Rajya Sabha MP Shwait Malik on Friday met senior railway officials to review the ongoing work at Amritsar railway station. This station is among six model railway stations, which are being transformed at a cost of Rs 400 crore and will offer facilities similar to those provided at airports.

Under this project, both sides of the railway station would be renovated and a 27-storey mall would come up at the Golbagh end.

Malik added that even after 74 years of Independence, there were only five platforms at Amritsar railway station and as a result, more trains could not reach Amritsar. “Five new platforms have been constructed. Now, passengers will not have to wait for hours at Manawala station. More new trains will reach Amritsar,” said the MP. Malik said granite was being used on platforms, along with installation of vending machines for drinking water and electronic ticket distribution system.

Apart from this, new waiting and retiring rooms have been made, he said.