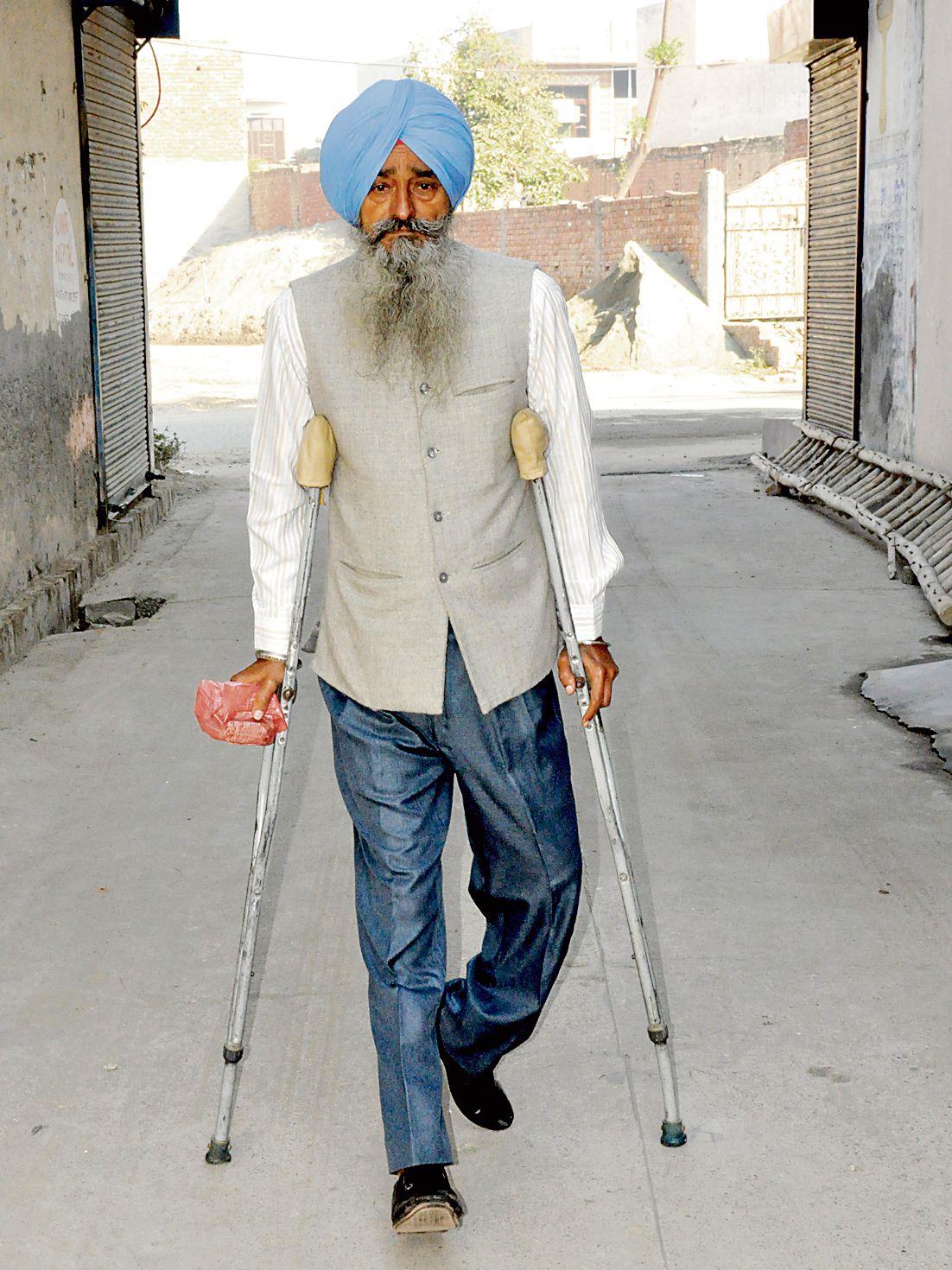 Going for shopping in markets or parks for amusement are a challenge for people with disability, says Manmohan Singh Baserke, 62, who completely damaged his left leg during a road accident in 1987.

Baserke, who earned a name in writing later, was 28-year-old then and a father of three minor kids. The same leg was inflicted with minor polio.

Unstoppable traffic, haphazard parking on roads leave little room for physically challenged persons to move around in shopping markets to shop. First of all crossing a road is an uphill task. For instance, the roads inside the Hall Gate and another on the Katra Jai Mal Singh inside the walled city are one-way. In other words, traffic does not stop on these roads.

There is no way a physically challenged person can conveniently cross the road for shopping or some other work in newly developed areas such as Ranjit Avenue. Footpaths are nine inches to 1-ft high from the road level.

“A person like me walking on crutches can neither ascend nor descend from such a high footpath. Any error can lead to an accident,” he said

Similarly, footpaths are at a level high from the road at public parks as well. Concrete obstacles are raised to slow down the influx of people at parks, but physically challenged people on wheelchairs and even those walking with crutches cannot move ahead. Gaining access in the park on their own is impossible. As the Bagh has cattle grid at its entrance to prevent cattle to gain entry, so a person walking with crutches cannot go inside. So, taking a stroll in the park to beat boredom is a challenge for the physically disabled.

He points out that the city does not have any toilet for physically disabled persons. A set of modern toilets, including one for the disabled, was installed at the railway station a few years ago. However, these were never made operational due to some technical reason.

Meanwhile, shopping became easy with the advent of shopping malls and multiplexes. “These modern installations are accessible for physically challenged persons. One can approach every nook and corner by choosing options from escalators and lifts. Besides ramps are also available,” he said. Even as commercialisation has swept all corners of life, physically challenged evoke some sympathy from people but for how long?

“I was employed with the Rural Development and Panchayat Department. It saved me. Otherwise, how long can one go on sympathy?” he asked. Beserke, has so far written three story books, a children’s book, a play on Guru Amardas, besides five research books.