No more takers: Philately losing its charm to digitisation 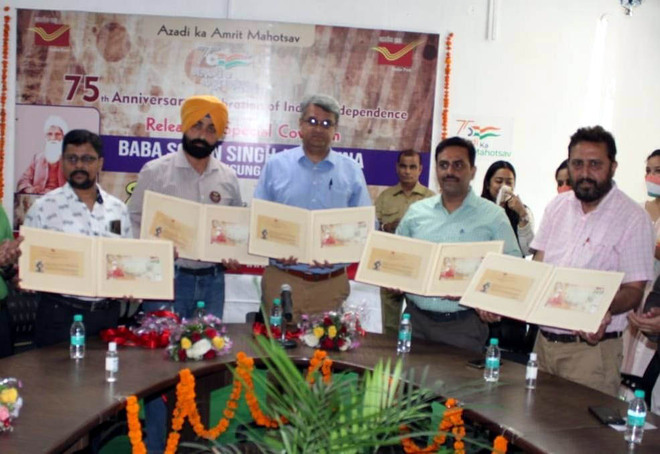 Once a popular hobby, stamp collection is no longer a fad among the youth. It is clear from the Amritsar Philately Club (APC), which has less than 20 members. Formed in 1974-75, it initially used to have 80 to 100 members.

Till a few years ago, Philately Day used to be celebrated by holding a day-long exhibition at the General Post Office (GPO). Members of the ASC had painstakingly procured steel frames fixed with glasses to showcase their collections in style to visitors.

Pradeep Thacker, president of the APC, recalled that he was among the founder members of the APC. People from the industry, employees, service class, besides students used to be the members of the club. The 67-year-old had started collecting stamps when he was in the high school. He said there was a time when a keen collector would assemble used and discarded stamps. Gradually, the government started printing and releasing costly and commemorative stamps.

He held digitisation responsible for fading interest in philately. Post office staff finds it convenient to issue digital receipts on speed post and courier, instead of pasting stamps for which they have to maintain a separate register.

Another member of the APC, Neeraj Jain, 55, said he had invested Rs five lakh on his hobby of collecting stamps during the past four decades. About its current market value, he said, it was zero but he steadfastly stored these in a full-fledged almirah. “The member of the APC hardly hold any meetings. Around three years ago, meetings of the APC used to meet twice a month, he recalled.

“Youngsters are no longer in touch with any such hobby. They hardly know the price of a single postcard.”Once ubiquitous red coloured-letter boxes on roads are now a rare sight. He recalled that there used to be close to 100 members of the APC nearly 35 years ago. After the release of a stamp, no district-level seminars have been organised to discuss the subject highlighted on the stamp and associate youth in it.

Varun Aggarwal, general secretary of the APC, said due to Covid protocol, the programme was organised with limited gathering.

A low-key programme was held to mark the Philately Day at the General Post Office on Wednesday. Dr Rajiv Devgan, Principal, Government Medical College, released a special cover on unsung heroes of different regions. Freedom fighter Baba Sohan Singh Bhakna, founder of the Ghadar Party, was prominently mentioned in the cover along with his photograph. He was the native of the Bhakna village situated on the Amritsar-Attari road. His great grandson Jasbir Singh Bhakna also took part in the release of the special cover. The cover mentions in Hindi and English that Baba Bhakna, January 22, 1870-December 21, 1968, was an Indian revolutionary who struggled against slavery and injustice. He was the founding President of the Ghadar Party and participated in the ‘Ghadar Movement’ of 1915. He was in jail for a long time during the freedom struggle of India. The price of a special cover with cancellation is Rs30 and without cancellation is Rs25.

What makes philately a special hobby?

Philately is a delightful hobby that sharpens and satisfies one’s aesthetic tastes. While expanding knowledge of and interaction with the world, one gets to know interesting details of politics, history, prominent personalities, national and international events, geography, flora and fauna, agriculture, science, monuments, soldiers, warriors, scientists, arms and ammunition, modes of transport etc. This process of learning becomes more delightful through visuals and brief write-ups. In addition, philately cultivates a meticulous and focused attention to detail. It also helps in making friends across boundaries and age-barriers