Streets not carpeted for years, say residents of Avtar Avenue 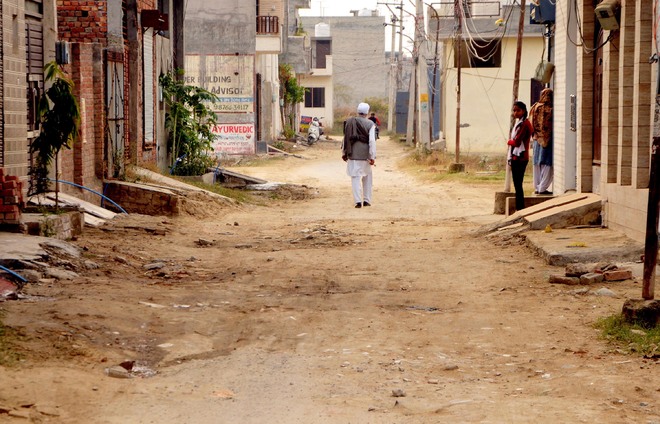 Residents of Avtar Avenue in Kot Khalsa area have been forced to commute on pothole-ridden streets.

Residents of Avtar Avenue in Kot Khalsa area have been forced to commute on pothole-ridden streets. The roads are in stark contrast to the ones proposed under the Smart City. Irate residents said despite repeated assurances at the time of elections, politicians forget to fulfill the promises after winning polls.

Locals said for years they had been demanding repair of damaged roads, but nothing has happened on the ground. They said recently a local MLA held a function to inaugurate recapeting of streets, but even after a fortnight, the work has not commenced.

“Apart from the problem being faced by commuters, poor quality of roads has devalued properties. If an area remains neglected for a long, nobody wants to buy a house or property in that area,” said Sanjeev, a property dealer.

Residents said after every rain, the entire area turns into a puddle and they cannot even step out of their homes. “The condition of streets in our area is worse than those in rural areas. The government should develop all the areas in a balanced manner. While roads in posh areas are recarpeted even before they are damaged, localities like ours always suffer,” said Sukhwinder Kaur, a housewife.

Residents said roads in all 10 lanes of the locality were in a poor condition. They stated that demand for better roads should be fulfilled at the earliest and work as promised should be initiated at the earliest. “Carpeted roads are a basic necessity. Vehicles get damaged and accidents take place due to poor quality of roads,” said another resident, Kultar Singh.