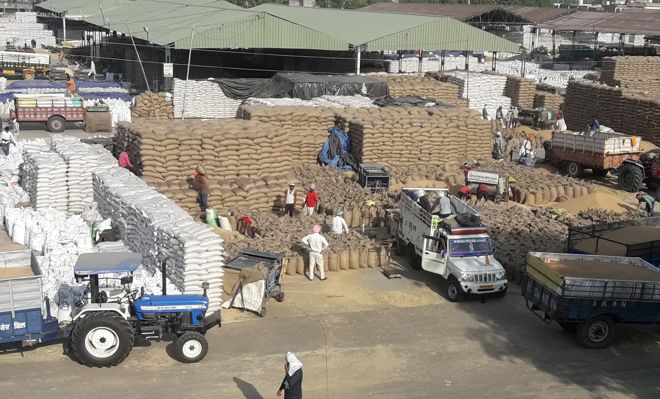 The administration took serious note of the news item ‘Poor arrangements at grain markets irk farmers in Tarn Taran’, published in these columns on Monday.

SDM Ranjish Arora on Monday said the administration has made arrangements to lift the procured stock with special trains.

Farmers are facing acute problem due to space shortage at the grain market to unload their wheat crop.

The problem of drinking water and clean toilets, however, still remains.

Sources at the District Mandi Office said the grain markets in the district have received 3,60,295 Metric Tonne (MT) wheat by Monday and only 13,735 MT stock has been lifted so far. Total 3,36,560 MT stock is lying at the grain markets openly.

The unlifted wheat stock has become a headache for the administration.

Meanwhile, labourers, too, are not satisfied with the payment being made to them by the government contractors. They said they were being paid less, which eventually is burdening farmers indirectly.