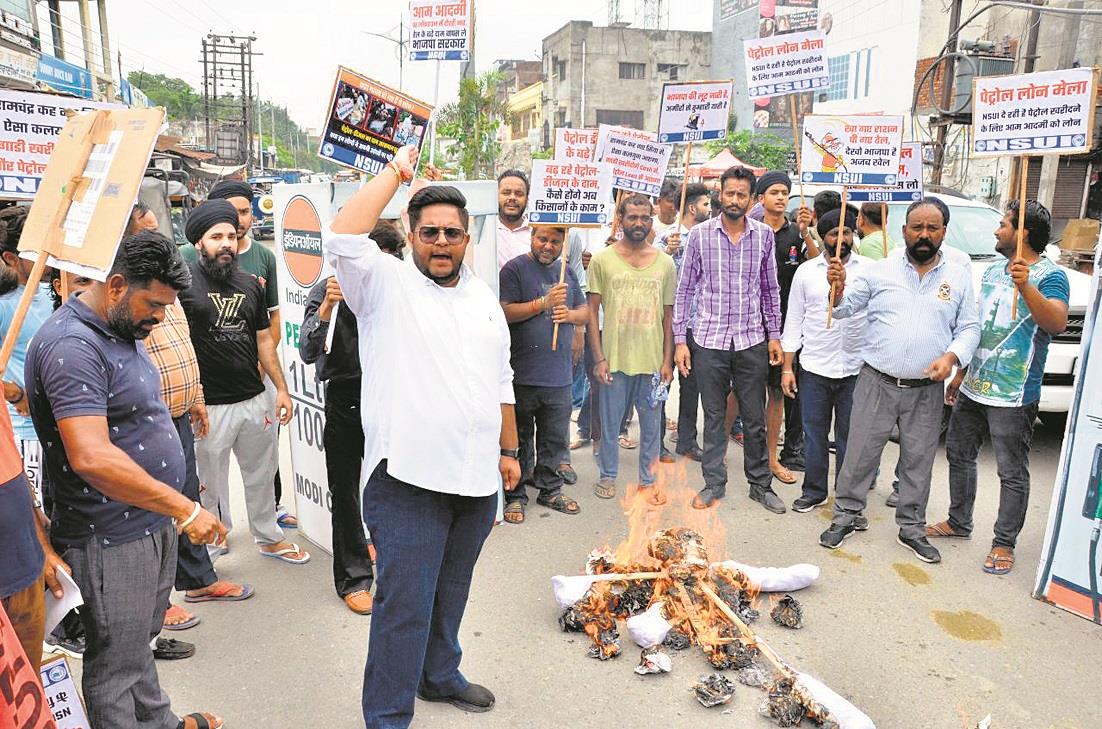 Workers of the National Students’ Union of India burn an effigy of the Union Government in Tarn Taran on Friday. Photo: Gurbaxpuri

While addressing on the occasion, Hrithik Arora, state secretary, NSUI, lambasted Central Government for its oppressive regime for pushing millions of Indian citizens into poverty. He said rising unemployment, inflation and poverty were plaguing the country.

He said civil liberties, freedom of the press and voice of general public were being crushed. The country was being divided on communal lines. The prices of petrol and diesel had risen 78 times in the last one year breaking the back of the common man.

Hrithik also condemned the Union Government’s policy of intimidating opposition through Central agencies like the ED and the CBI.