Amritsar: Octogenarian who has 16 Limca records in his name honoured 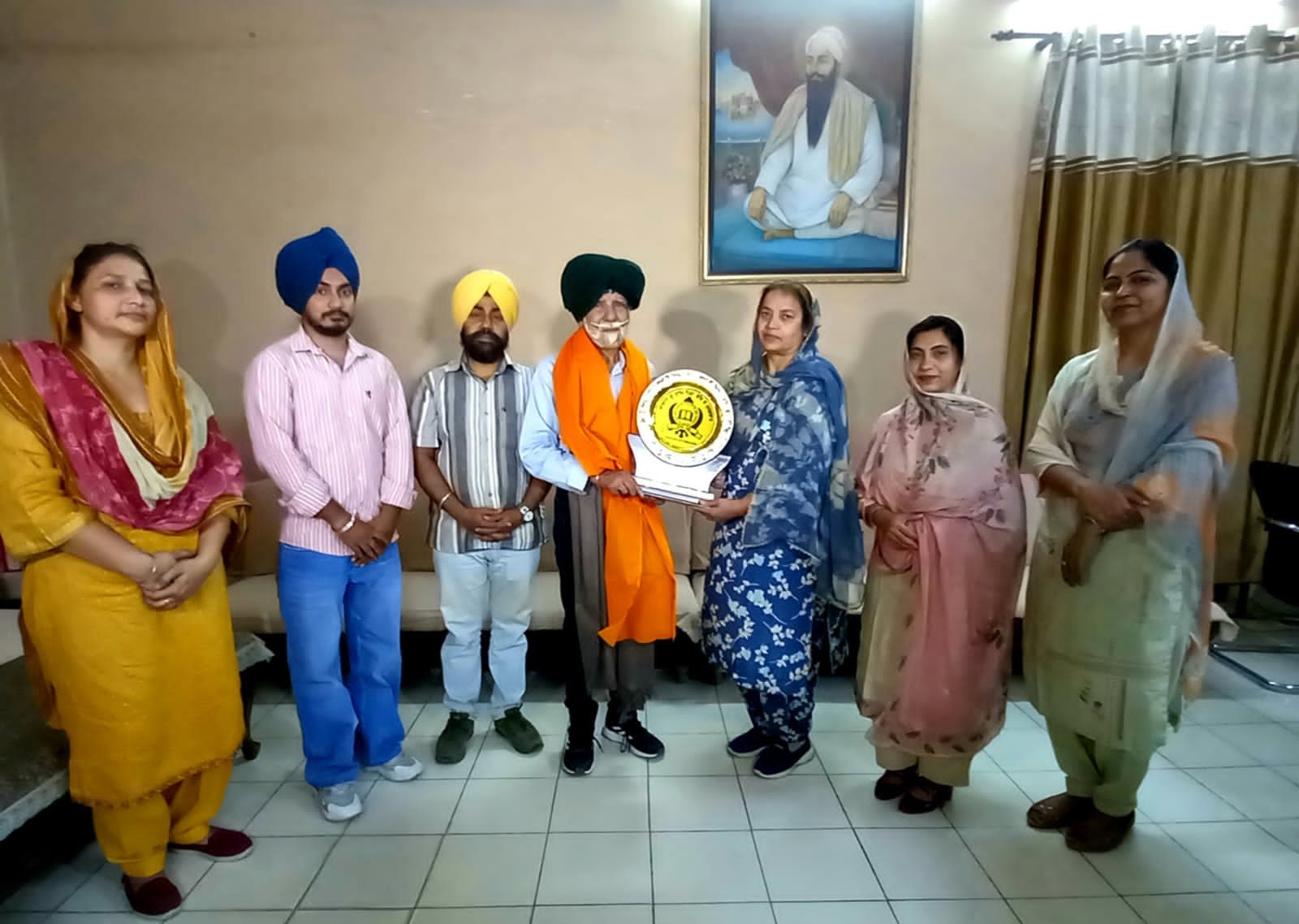 Eighty-year-old Surinder Singh Azad being felicitated by staff of his alma mater in Amritsar on Tuesday. Tribune Photo

Nearly 60 years after passing out from the SGPC-run Sri Guru Ram Das Khalsa Senior Secondary School, Surinder Singh Azad (80) was felicitated by the school on Tuesday for registering a large number of records in his name.

He cleared his Class XII in 1961. School principal Amarjit Kaur and the staff honoured him with a trophy. Recalling those days, he said all senior secondary passouts were immediately given job letters. Partap Singh Kairon, the then Chief Minister, had ordered that no senior secondary passed out should be left idle. 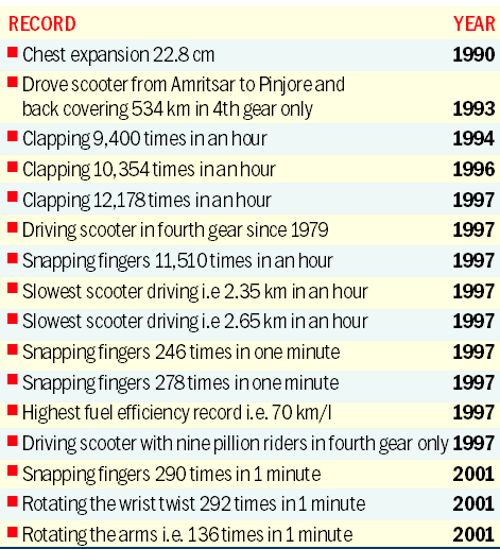 Azad said he has registered 16 records in the Limca Book of Records under different categories. He is passionate to register more records. “I was pleased to visit my school where I spent my childhood. I heartily thank the SGPC and the school staff for bestowing me with the honour,” he said. He also penned his thoughts on the school’s visitor book.

It was in 1990 that the Limca Book of Records had acknowledged his feat of expanding his chest by nine inches (22.8 cm). The normal expansion is not more than 6.3 cm. The recognition developed in him a penchant for setting records. This recognition nurtured in him a desire to do more extraordinary things, to see his name enshrined in the record book. Though records such as snapping fingers and clapping may sound amusing, he says, he had put his best efforts to achieve these.

The desire to do something exceptional drove him to do exercises like the bench press, push-ups and sit-ups daily. His feat of driving his scooter from Amritsar to Pinjore and back, covering 534 km in fourth gear way back in 1993, bagged him another record. He claims that he has been driving a scooter in the fourth gear since he bought it in 1979. It fetched him the third national record. In 1997, his two records — one for clapping 12,178 times and the other for snapping his fingers 11,510 times in an hour each — were also included in the Limca book. He snapped his fingers 290 times in a minute, which paved the way for his sixth record. His seventh record even baffled the engineers at Bajaj Auto Ltd. as he had driven his scooter for 70 km in a litre.

He had created the eighth record by driving the slowest scooter ever in fourth gear i.e. 2.35 km per hour. His ninth record was for driving the scooter in fourth gear with 10 pillion passengers. This record earned him a place in the Limca Book of Records in 1997. In 2000, his two more records — which raised the number of records to 11, i.e. rotating the wrist 292 times in one minute and rotating his arm 136 times in a minute — were acknowledged in Limca book.