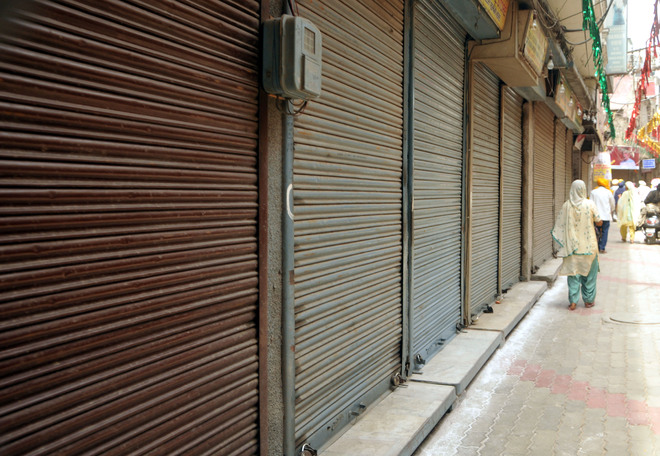 A market wears a deserted look during the weekend lockdown in Amritsar on Saturday. Photo: Vishal Kumar

The district witnessed 35 per cent of the total cases — the biggest-ever spike in a month since the outbreak of the pandemic — reported so far in the month of April.

Of the 32,508 cases reported till Friday (the first case was recorded on March 22 last year), a whopping 11,498 cases were reported in April alone this year. The number of cases, reported till the peak of the first wave in September last year, has almost doubled in this month.

In September last year, the district had reported 5,939 positive cases and 203 deaths.

In April, there was an alarming rise in the number of casualties which account for nearly 30 per cent of the total deaths. Of the 962 deaths reported till April 30 in the district, 286 alone were recorded in the month of April.

The district saw the spurt in positive cases during the second wave which was first noticed in the month of March this year. With 383 cases and 9.5 deaths recorded on a daily basis in April, things seem difficult for health staff to handle as the number of active cases has crossed the 5000 mark.

“The number of daily cases is still growing. For the last few days, more than 500 positive cases are reported daily. The situation is worsening with each passing day and it is time for those who are not taking the disease seriously to introspect,” said a health official, adding that people should follow the Covid protocols religiously.