A group of friends will grow 10,000 flowering plants in different city parks 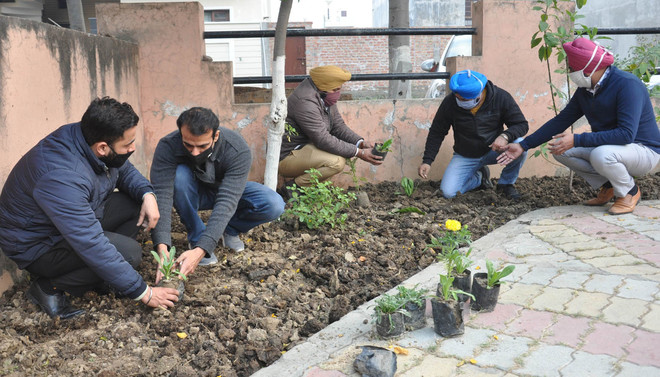 Harsimran Singh along with his friends plant saplings at a park in Ranjit Avenue area. Sunil kumar

A group of friends are out to beautify public parks in the city. They are planning to plant 10,000 flowering plants in different parks. Already into philanthropic work through the NGO, the Just Sewa Society had planted 270 flower saplings in a park recently.

Harsimran Singh of the Just Sewa Society says, “We hope to finish the work this season. Most parks in city have trees, but they lack flower varieties which bloom in winters.” He said they would also encourage the residents of the areas to take the responsibility of the upkeep of the plants.

Singh said they prepared nursery of flower plants at public parks and have hired two persons to take care of saplings. “We also devote time for the care of plants but a full-time gardener can do more justice to it,” he said, adding that caring for plants in such a large numbers is time consuming work.

An advocate by profession, Harsimran said they had sourced saplings from far off nurseries as local nurseries had not prepared many plants in view of the restrictions due to the lockdown. “We have also tied up with a local nursery which provides saplings at half the market rate to us,” he said.

Harsimran said with not many people having ample space at their homes to create green corners, the public parks are a big advantage in such areas. He added that during their earlier campaigns they had planted large trees. “With many other NGO and even residents turning conscious towards the need to grow trees, we have shifted our focus a little to flower plants,” he said.