Once a hot poll issue, Bhagtanwala garbage dump no more a part of political discourse 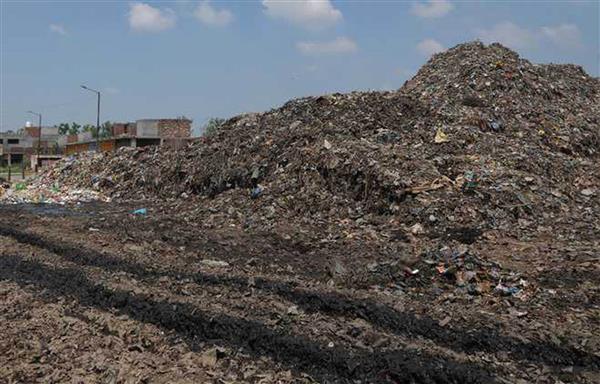 Shifting of Bhagtanwala garbage dump has always remained a major poll issue, but not this time.

Even as the state Assembly elections are nearing and all political parties are going all out by making lofty promises to woo voters again, the issue of shifting of Bhagtanwala garbage dump in Amritsar South constituency does not seem a part of political discourse this time.

The issue gained immense importance in politics in the run up to the 2017 Assembly elections prior to which SAD MLA Inderbir Singh Bolaria had cited it as one of the core reasons of his differences with the SAD leadership.

By then, residents had already formed a Sangharsh Committee to run a prolonged protest creating much heat in the political circles.

Bolaria, after shifting his allegiance to Congress, was again elected the MLA, but the problem still remains unresolved.

“In the last few months, a few machines were seen segregating garbage from the dump, but the larger issue of shifting the dumping site to a place far away from habitation still remains untouched,” said a resident Dalbir Singh.

Another resident Kewal said: “Before elections, even Captain Amarinder Singh had promised to resolve the problem. This time, it seems political leaders are afraid to touch the issue, as people have experienced both — Congress and SAD — governments in the last 10 years.”

Residents said the problem has only aggravated, as more garbage has been dumped at the place in the last four-and-a-half years.

It seems certain issues are highlighted only when an election approaches.

The other such issue in the city is the shifting of high power electricity cables running over localities including Indira Colony and others areas on Majitha Road.

Election after election, people are promised the shifting of electricity cables and the issue is again put to rest till the next election.