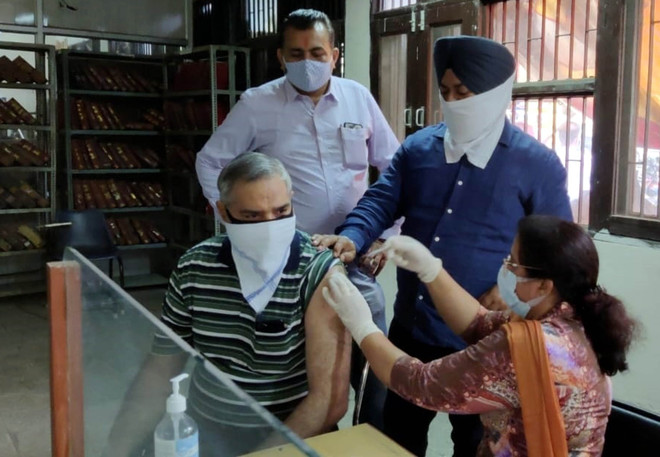 A nurse administers a shot at one of the vaccination centres.

Vaccination drive to curb the spread of Covid-9 came down as only 830 people were vaccinated on Friday. Earlier, the daily average of inoculation in the district was around 8,000.

Apart from people with comorbidities, labourers registered with the Labour Department were given jabs. Out of 232 identified centres, only 21 were covering vaccination drive in the district. Insufficient inventory of the vaccine in the district was attributed to delay in arrival of stocks from the Central government. The Union government provides a Covishield vaccine which has not arrived for the past five days, stated sources in the Health Department.

The Health Department was utilising the stock given by the state government.

Despite a big gap in the demand-supply of the vaccine, the department will initiate the drive on Saturday to inoculate family members of the health care workers in the 18-44 age group.

Meanwhile, the District Health Department today kicked off the drive and inoculated 251 persons with comorbidities.