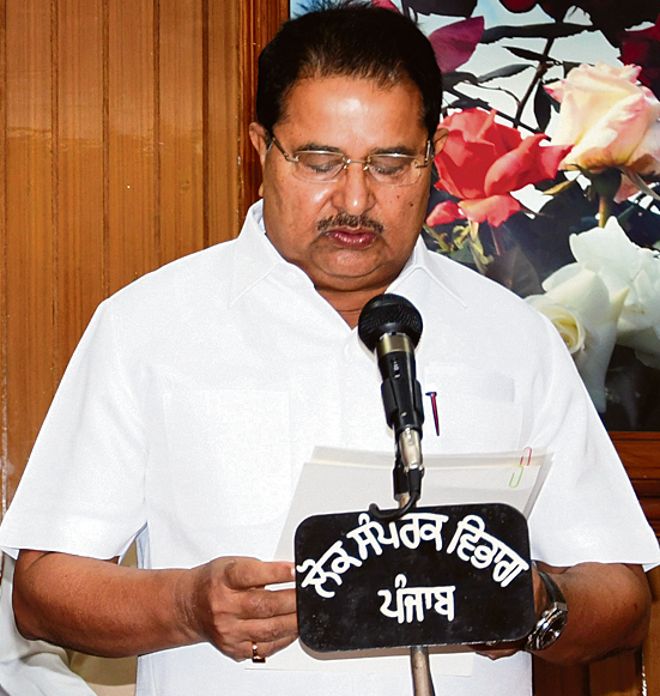 Amritsar Central MLA OP Soni was a surprise pick for the Congress as Deputy CM. Soni was nowhere in the picture till the eleventh hour when his name emerged for the post.

Soni, 64, is the second MLA from Amritsar after Balramji Das Tandon, who occupied the seat of Deputy CM in the state government. Tandon, the founding member of Jan Sangh and a legislator from Amritsar for five times from 1960-77, had served on the same position during the Justice Gurnam Singh (retd) Akali Dal-Jan Sangh ministry in 1969-70. Interestingly, both represented Amritsar Central as a lawmaker.

Soni, the five- time MLA, never tasted defeat, except for once in the 2009 LS polls against then BJP candidate Navjot Sidhu, who had won by 6,858 votes. During the course of friction between Capt Amarinder and Sidhu, he had backed the former.

Despite his flourishing career, Soni had to wait for a year before finally becoming the part of Capt Amarinder’s Cabinet as the Education Minister in April 2018. During the reshuffle, he was divested of his portfolio, to which he had revolted “silently”. After two weeks, he accepted the charge of medical education and research in June 2019 but not before speaking out on record that he was punished instead of being rewarded as the school education had shown improvement and the party had done well in the 2019 LS polls from his constituency. Amritsar’s first mayor, Soni (1991-1996) remained popular among residents and was still fondly referred to as “Mayor Saheb”. His USP is his “easy accessibility”.

Amritsar’s first mayor Soni (1991-1996) never tasted defeat in politics, except for once in the 2009 Lok Sabha polls against then BJP candidate Navjot Singh Sidhu, who had won by 6,858 votes

Throughout the fiasco between ex-CM Capt Amarinder Singh and Navjot Sidhu, Soni was seen standing tall beside the former. He was also conspicuous by his absence when Sidhu, after being appointed PCC chief, visited the Golden Temple