Open House: What should be done to raise awareness on depleting groundwater level & rising water pollution? 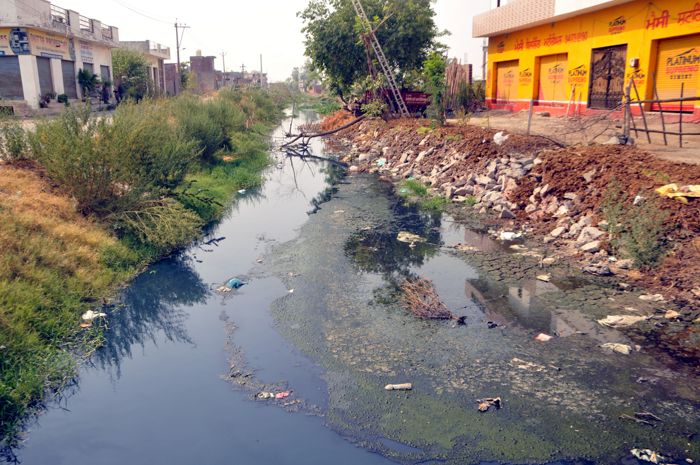 Unless serious efforts are made by residents and political leaders alike to check depleting groundwater level and rising water pollution, the issue will keep plaguing residents.

Fire services in the state lack manpower and machines. Recently, many fire incidents were reported in the city leading to loss of life and property. What should be done to awaken those responsible from their deep slumber to provide better fire services and create a secure environment for people?

Suggestions in not more than 200 words can be sent to amritsardesk@tribunemail.com by Thursday (June 9)

Timely action should be taken by authorities

Timely and thought-provoking actions are must to check depleting water level and rising water pollution. Answers to such a question must be sought from authorities of the Municipal Corporation, Amritsar Improvement Trust, Amritsar Smart City Ltd and Amritsar Development Authority. Dysfunctional water meters are the main cause of groundwater depletion in urban areas, as fleets of four-wheelers are washed daily at every house of Civil Line areas. In rural areas, the state government has taken initiatives for promoting direct seeding of rice (DSR) technique. Another step to diversify from water consuming crops is declaring MSP for moong pulse. But to achieve the targets, all politicians irrespective of their political affiliation should work in tandem. With regard to polluted drinking water, less said the better. Residents from one locality or the other daily demonstrate on the streets or roads showing bottles/buckets of contaminated drinking water, mixed with sewage water. But despite complaints, nothing is done to improve the situation. 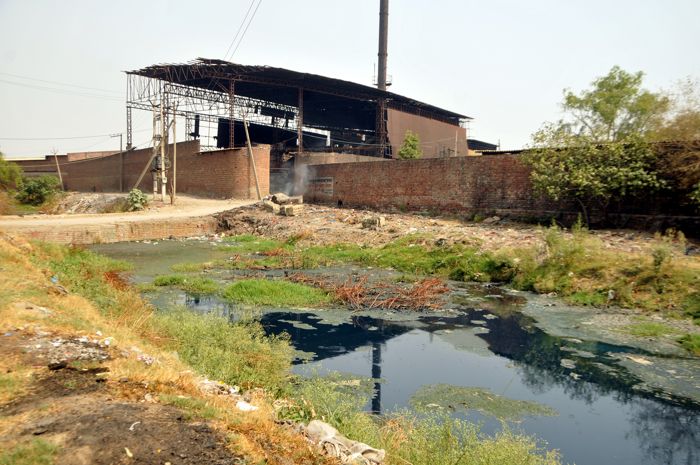 plastic bottles, bags should be avoided

On every 5th of June, World Environment Day is observed for encouraging awareness and action for the protection of environment. Since our political leaders are only concerned about their party affairs, they are least bothered about the environment-caused problems being faced by the people. As such, only residents have to take the responsibility of promoting environmental awareness by avoiding buying disposable goods such as plastic bottles, bags and towels. Resorting to composting and recycling will help cut down our waste production. This year’s theme of the day is #OnlyOneEarth, which was used at the first global environment gathering in 1972. Environment affects the food we eat, the air we breathe, the water we drink and the climate that makes our Earth habitable but looking at the worsening situation, we soon may have to face environmental emergency in many parts of the world, including India. Since last two years, the world has been struggling with unprecedented Covid pandemic, which has confirmed the disastrous consequences of ecosystem loss. Ideal conditions for pathogens such as coronavirus to grow and spread are shrinking the space of natural habitat for animals and other organisms. Health crisis of Covid has compelled many to rethink our relationship with natural ecosystem and changing biodiversity. Interdependence between humanity and biodiversity is very profound. The nature can protect us from pandemics, immediate actions are required to be taken to conserve nature for the health of our planet and to generate a positive impact on it.

People must change their attitude

When a call for saving the environment from damage due to industry reached the United Nations, in 1972 they declared that June 5 be observed as World Environment Day every year and chalked out programmes regarding it at all levels. They also issue a theme every year, this year’s theme focuses on living sustainably in harmony with nature. The idea is ambitious but I wonder if even 1 per cent of the general population knows about it. Only some NGOs have some awareness and they make their usual noises but in vain though they always suggest fairly practicable programmes for authorities as well as for the residents. Talking of water, we must save water which is an elixir of life. If the corporation completes its cleanliness routine at night and cleans roads and speed limit is followed by people, commuters’ clothes will need washing less often. That will save not only water but reduce use of detergent, a known pollutant. If water charges are re-structured and free supply thereof checked, it will surely reduce water wastage besides fetching some much needed cash, but this is not on the agenda of the corporation. Residents should switch to bicycle for short errands or electric scooter. This will definitely be an environment friendly step from them. In the walled city, simultaneous school timings should be avoided to check crowding on city roads. At personal level, bath tubs should be avoided, as water wastage is a lot due to these. Even those who bathe using a bucket and tumbler should use a smaller tumbler. Better still if they prefer the shower. It saves a lot of water. Front loading washing machines waste a lot of water as compared to top loading semi automatic ones, as also RO purifiers. The idea is that the general public must wake up to the altered reality. And there is nothing to celebrate. World Environment Day should not be a one-day affair but must be adopted in our lifestyle. What is required is a changed attitude to water and air vis-a-vis pollution. There is no alternative. 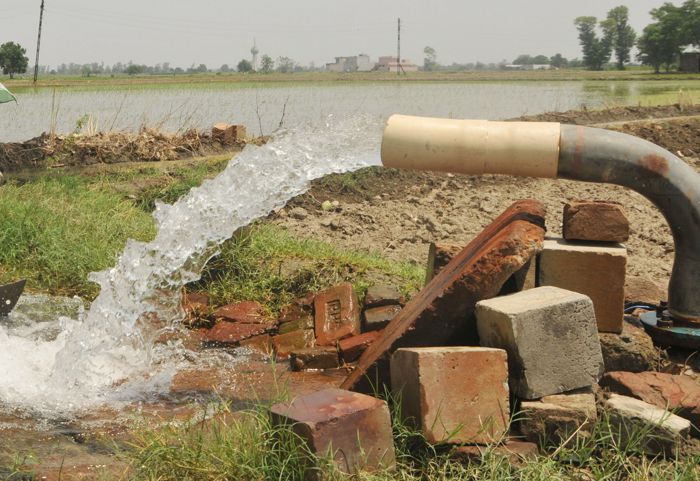 Govt, people must work in tandem

Environment experts say that with depleting groundwater, Punjab may transform into a desert in the coming years as the water table is going down at an alarming rate. With such a murky environment, many flora and fauna will become extinct. Also, with depleting groundwater, even water pollution is getting worse with each passing year. A few years back, a distillery was throwing detritus into the Beas due to which a number of fish died. Though the said distillery was fined, they have not delivered the fine fully. Many social workers and societies are doing yeoman service in protecting the environment and preventing air and water pollution. Direct seeding of rice (DSR) technique also saves water. It is good that the government encourages farmers by giving Rs 1,500 for using the DSR technique. This will definitely prevent groundwater depletion to a great extent. Not only political leaders, even general public needs to be made aware about saving water and avoiding water pollution. This will make Punjab greener and healthy.

World Environment Day is observed every year to review the existing strategies and required action to protect and save the environment in tune with changing circumstances. It is unfortunate that in our society, neither the government nor the citizens are as concerned and aware as it warrants. From the government side, a full-fledged ministry of environment should be created to deal exclusively with all ecological issues such as air, soil and water pollution, including that of depleting groundwater, squeezing rivers and disappearing water bodies. Budgetary allocations to support all environmental projects should be massively increased. Our education system needs to be reoriented in the light of new challenges regarding environment and ecology. In this direction, the subject of ecology should be made compulsory up to higher education. Presently, Punjab is going through an unprecedented crisis of depleting groundwater and pollution for which a special campaign in cooperation with public needs to be launched. Harvesting rain water is the best option and needs to be practiced on large scale in both public and private sectors by creating mass awareness and incentives to the public. Simultaneously, massive afforestation should be undertaken to increase the green cover to a satisfactory level. In road widening projects, where trees are required to be axed, thrice the number of such fallen trees should be planted before starting any such project.

Rainwater harvesting must to preserve water

We must take a strict resolution that at all costs, we will protect the environment and prevent it from getting polluted. This year, we should mainly focus on conservation of water and stopping it from getting polluted because it is the most integral part of life and the most unique thing on our planet and we cannot imagine life without it. So, to preserve it, we need to take measures immediately. Earlier, people used to drink pond water without any hesitation but nowadays people even ask for mineral water bottles at restaurants. It means that water is not fit for drinking from all sources. To wake up political leaders from their deep slumber, it is up to us to spread awareness through blogs, social media platforms and most importantly newspapers. We can also use rainwater harvesting methods to collect water and preserve it to make it fit for drinking. Thus, it is up to us to preserve water and the depleting groundwater levels so that water is available for existence of life on this planet.

Performing Officials should be rewarded

Various events are arranged to raise awareness on World Environment Day among people to lead healthy and disease-free life. Though western countries realised its significance long back and initiated required steps to keep pollution level under check, very little was done in our country in this regard. Looking at the rising pollution, the Prime Minister had launched Swachh Bharat Abhiyan on Gandhi Jayanti in 2014. As a result of this, there is a convincing improvement in some cities but it seems to have been bullied in most of our towns. The programme is nowhere on agenda of politicians. What to talk of the cleanliness in interiors of localities, even prominent sites and busy intersections are not properly maintained. The roadsides and corners at some places have become dumping grounds for garbage by nearby eatery kiosks, rehriwalas and domestic helpers. It is a pity that even the safai workers engaged by local bodies for the upkeep of cleanliness do not bother to perform their duty well. Despite the fact that the government is spending a huge sum of money on the sanitation and maintenance of climate and infrastructure, civic administration is in deep slumber and the situation is deteriorating day by day. Apart from the garbage issue, depleting groundwater table, rising level of toxic gases, poor maintenance of parks and lack of regular supply of drinking water in colonies is a subject of grievous concern.

Green issues should be taken seriously

Water is one of the most essential substances on Earth to maintain human health and sustenance. It is important that people should have access to sufficient and clean water. Due to scanty rainfall, sustained groundwater pumping to support growing economy and population, urbanisation, air pollution, destruction of vegetation and deforestation, the fast depleting groundwater and the overwhelmingly poor Water Quality Index (WQI) in the state have raised serious concern among environmentalists and agricultural experts. According to a recent survey estimate, water in Punjab will last only for the next seventeen years. But it is unfortunate that our political parties, leaders and governments are not the least serious about addressing the issues. When we celebrate this year’s World Environment Day, we should spread water conservation awareness among residents, including farmers and industrialists, through radio, TV, newspapers, rallies and demonstrations.