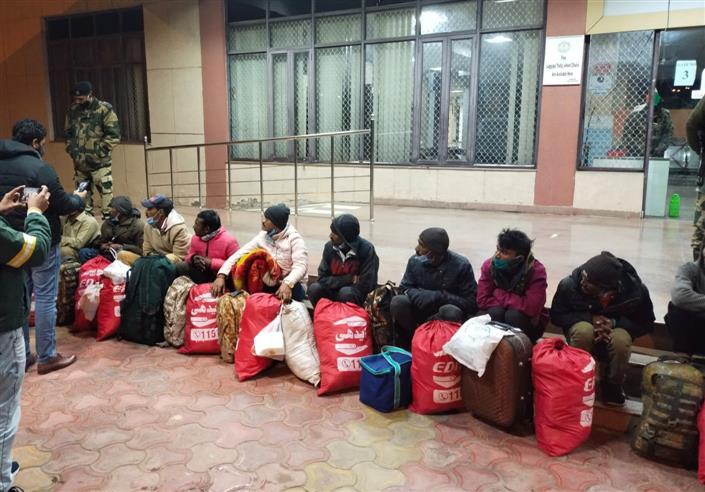 The Indian fishermen who were repatriated from Pakistan through Attari Wagha joint checkpost in Amritsar on Monday. Photo. The Tribune

As many as 20 Indian fishermen were repatriated from Pakistan through the Attari-Wagah Joint Checkpost here on Monday.

They had inadvertently crossed into the Pakistani territorial waters in Gujarat’s coastal area around five years ago. They were lodged in the Landhi jail in Karachi. They were handed over to the Indian authorities by the Pakistani Rangers in the presence of customs, immigration and local district officials. They belonged to different cities of Gujarat.

Bhavesh Bhika said he had served four years’ sentence in Landhi jail. He said his boat just swayed into the waters that fell into the Pakistani territory and they could not gaze it as there was no marking. They said around 600 Indian fishermen were still lodged in Landhi and Maleer jails in Pakistan and they should also be repatriated and their boats should be released, which are generally confiscated by the Pakistan authorities.