Charging twice the fixed amount, do not display charges 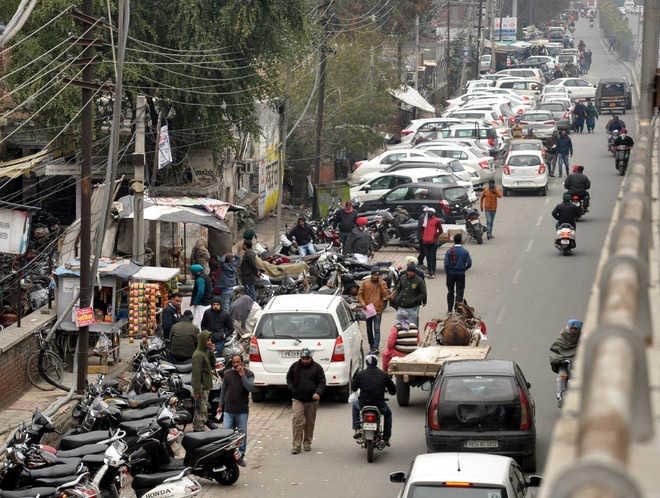 The Amritsar Municipal Corporation (MC) has failed to curb overcharging at parking lots by contractors.

Ironically, contractors do not display parking charges, which is violation of the contract.

According to the MC, contractors need to display charges at various spots at parking lots, failing which the contract could be cancelled. As a result, people could often be seen entering into an argument with parking staff.

Meanwhile, the MC has been facing hardships to find parking contractors in the wake of the Covid-19.

“We received complaints regarding overcharging by parking contractors. Atleast, five times we installed boards displaying rate list, but it was removed. I have informed senior officials in this regard. Now, the Joint Commissioner has asked to install pole-mounted display, which can’t be removed,” said the Superintendent.

There are only five parking lots of MC which are functional.