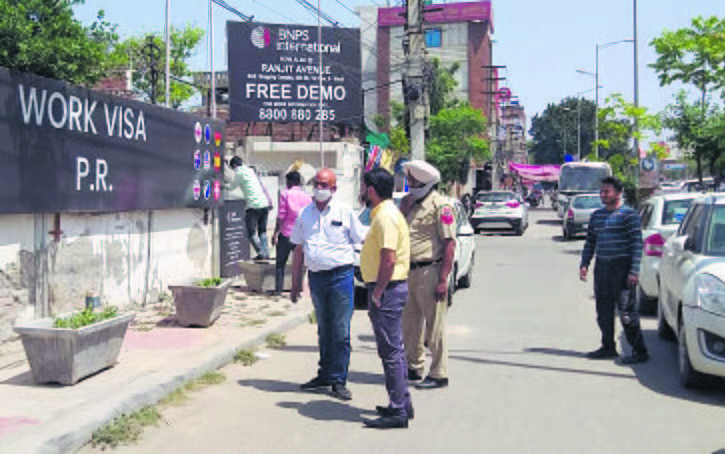 Targeting IELTS centres and mobile communication companies, the Advertisement Wing of the Municipal Corporation sent notices to more than 10 major firms and brands to show record of tax payment for displaying advertisements in Amritsar.

Targeting IELTS centres and mobile communication companies, the Advertisement Wing of the Municipal Corporation sent notices to more than 10 major firms and brands to show record of tax payment for displaying advertisements in the city.

The advertisement wing officials claimed that most of these firms had never paid a penny for these advertisements. “We can see the advertisement flex boars of IELTS centres, mobile companies and service provider companies on every nook and corner of the city but don’t have any record of the tax that they had paid for advertising their brands in the city. So, we have sent notices to these firms.”

Advertisement Wing In charge Sushant Bhatia said the notices read, “We didn’t get any payment of advisement tax from your firm for long. So it is instructed to provide the details of all your displayed third party advertisements on any building, shopping mall or pole within the limits of the Municipal Corporation. All details of the advertisement material should be submitted within three days.” As per the policy, no firm can display its advertisement without the permission of the MC and will have to pay advertisement tax for the purpose.