10 selected for putting up stalls for selling crackers 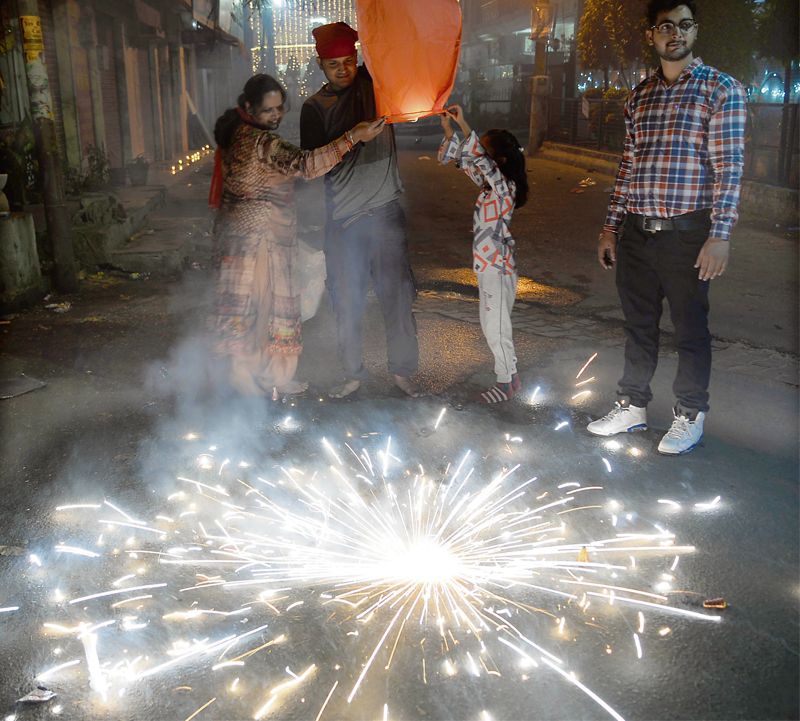 Setting the timeframe for bursting firecrackers on Diwali night, the police have said the residents can burn crackers from 6pm to 9pm only and anyone who is found violating the norm would be taken to task.

Setting the timeframe for bursting firecrackers on Diwali night, the police have said the residents can burn crackers from 6pm to 9pm only and anyone who is found violating the norm would be taken to task.

In the meanwhile, the district administration has selected 10 traders out of over 1,006 applicants for putting up stalls at the New Amritsar ground for selling firecrackers.

The stalls would be put up just three days ahead of Diwali festival (November 1). A draw of lots was held to select the traders. Additional Deputy Commissioner (General) Roohi Dug took out a slip one by one and announced the names of traders on Monday. Deputy Commissioner of Police (Law and Order) Parminder Singh Bhandal was also present.

The ADC said as per the orders of the Punjab and Haryana High Court, only 10 licences would be issued to sell crackers. She said licences would be issued by the DCP (Law and Order) and traders were asked to put up stalls from Monday. She said the traders would also ensure proper safety measures at their stalls and follow the government guidelines.

Bhandal said only the licence holders would be allowed to sell the crackers while those found involved in selling in illegal manner would be taken to task.