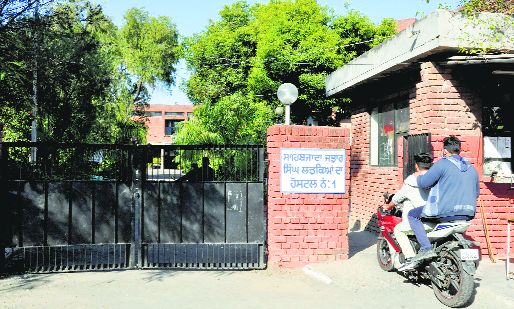 GNDU is adopting a minimal occupancy method for hostel allotment as outstation students have started coming in for attending offline classes. Calling students in three phases for re-opening and hostel allotment, giving priority to students of final-year classes, the university has put in place new regulations for hostels as well.

Two weeks after the reopening of offline classes, students have already settled in the new set of things. “The room allotment is fine as we are given one room per student than the previous system of sharing by two to three students. Also, the use of washroom area and dining too has been made easily accessible. The only concern is that cases are again rising in Punjab and Amritsar,” shared a student of BSc (final year) from Haryana, who has been attending classes for the past week.

The university, said Dr Satnam Singh Deol, in-charge, Sahibzada Jujhar Singh Boys’ Hostel, has kept in mind the possibility of a second wave of the virus. “Our hostel can accommodate 700 students but currently only 110 students have been allotted rooms. Also, we have extended the dining area timings for all three meals of the day by an hour so that students come in small groups to eat. Students are being instructed to maintain social distancing. Currently, our hostel is the only one where the mess is operational. Sanitisation of the hostel is being done twice a day,” he said.

Despite the cautions, the number of students applying for hostels remains low. Mohit, a student of BTech ECE final semester from Delhi, has chosen to remain at home despite the offline classes being held for his course. “Most of the local students too are not coming for offline classes and those who are, the number is very low. Given that there is a possibility of another wave of the spread and the fact that the university has not given any hostel fee waiver despite the hostels remaining shut for half of the session, I chose to stay back.”

Contrary to locals and domestic students, international students shared that staying in campus was the best option for them. “Since travel restrictions were put in place after the lockdown and we were yet to finish our degree, most of us decided to stay here during the lockdown. We were attending online classes from our respective departments so there was virtual efficiency as well,” said Thierno Yaghouba Balde, an MBA student of GNDU who hails from Republic of Guinea in West Africa.

Along with him, 13-15 international students from other African countries like Kenya, Nigeria, Mozambique and Afghanistan too did not return to their countries during the lockdown. Their final terms got delayed due to the lockdown and now they are waiting for the final exam results before they fly back to their home.