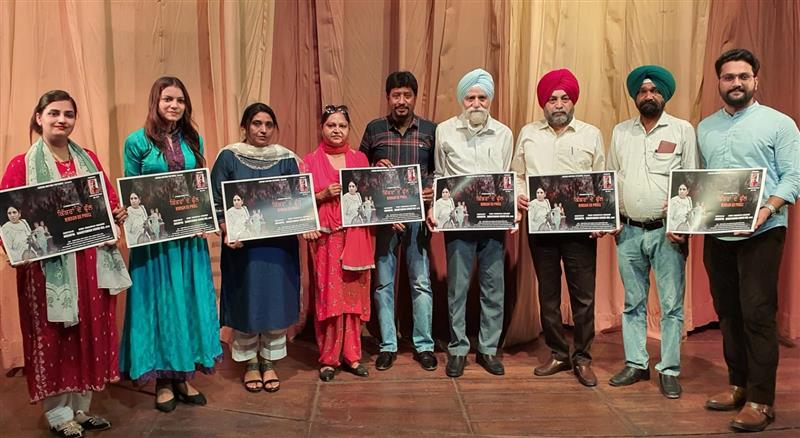 Written and produced by him, the film is based on the subject of gender discrimination and the challenges that a girl child has to face within her family and society. The poster was released at an event hosted by Punjab Natshala and the Janwadi Writers’ Sangh.

While talking about the film, Bakhtawar Singh said he had been working long since on the concept of making a film on the social subject. “Despite the globalisation, the desire to have a boy, a male heir in the family is still the root cause of so many social evils. Society might have evolved economically, but the gender bias is so deeply rooted in our collective psyche that even the educated class is not untouched by this degenerate thought of considering a male child superior to female one. The story of the film is also based on these facts. We have tried to make a sensitive film without over-dramatisation,” he said. He said the film would soon be released on social media.

Amarpal, film director, said the film’s story, screenplay and characters had been brought together in a common binding narrative, without deviating much from the original concept. Punjabi poet Dr Seema Grewal would be making her film debut with this film.