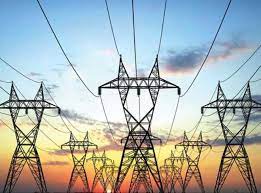 Power outages have almost begun and so have residents’ worries. Industrialists said power cuts were yet to be introduced, but they fear these will happen vigorously from the next week, increasing their input cost.

Shamsher Singh, a resident of New Golden Avenue, said: “After a long gap, power cuts were imposed on Saturday for 15 minutes to 45 minutes that, too, three to four times in a day. My family shifted to a new house only a fortnight ago. To offset the high construction cost, I did not install

an inverter, depending upon

the assurance of 24-hour power supply. However, the return of power cuts is causing inconvenience to my family, comprising two minor kids, who are pressurising me to install an inverter. Though the summer is on its way out, the day temperature remains very high.”

Kamal Dalmia, an industrialist, who is also the member of the Punjab State Power Regulatory Board, says once again a tough time lies ahead for local industrial units.

“In all likelihood, power cuts will be introduced from the next week,” he said.

Globally linked highly competitive industries cannot afford to run their operations on power generator sets, where the per unit cost goes over Rs32. Three units of power are consumed in a litre and the cost of diesel is Rs96 per litre, while the PSPCL provides the same at Rs7.50 per unit. He anticipated that it may translate into cost escalation in the retail market eventually impacting the purchasing power of people.

He suggested that the government should procure power from the national grid to bring down the gap between supply and demand.