Printers to face music for defacing public property in Amritsar 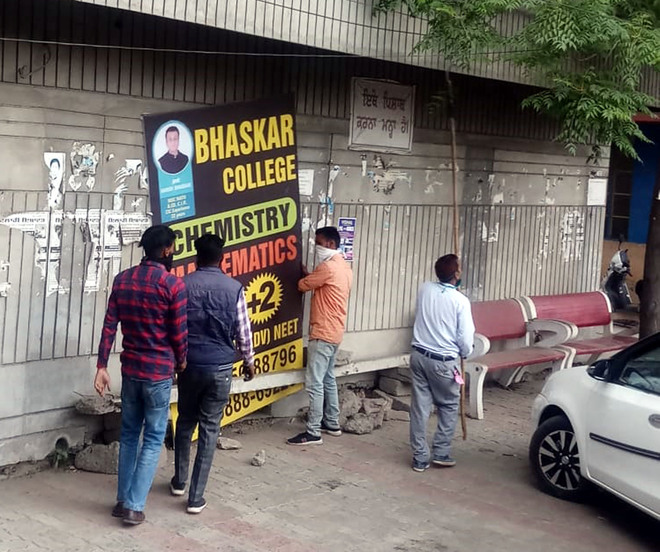 MC will take action against those who print flex boards without seeking the civic body’s approval. Tribune photo

To curb defacement of public property and stop violation of the Advertisement Policy, the advertisement wing of the Amritsar Municipal Corporation planned to take action against printers who print flex boards without checking approvals of civic body.

On Tuesday, the advertisement wing initiated drive to remove third party flex boards in the city.

Sushant Bhatia, in-charge, Advertisement Wing, said, “As per the Advertisement Policy, no one can instal boards or display posters on walls, polls and rooftops. The approval of the MC is required for displaying advertisement and it should be displayed only on designated places. Contrary to rules, people fix flex boards anywhere in the city. Even printers cannot print the advertisement without seeing the approval of MC. We will take stern action against printers and firms who use illegal hoardings.”