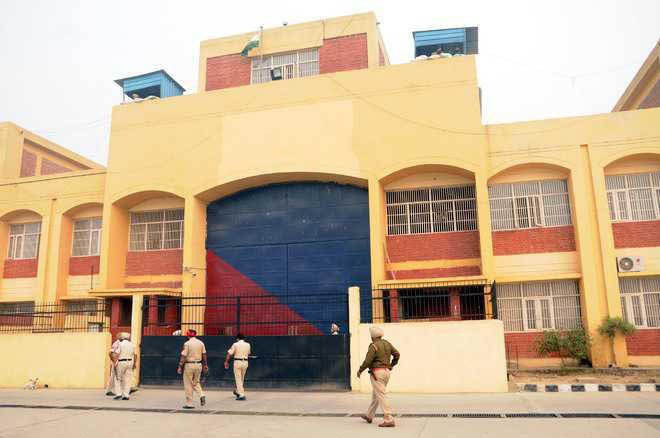 An inmate at the Central Jail identified as Sukhwant Singh, alias Sukha, was injured when three fellow prisoners attacked him inside a barrack over an old enmity on Sunday.

The jail staff have recovered a sharp weapon and an iron rod from the accused.

Bahadur Singh, Assistant Superintendent, Central Jail, said prisoners identified as Karanbir Singh, alias Baba; Arshpreet Singh and Satnam Singh attacked Sukhwant Singh in the jail leaving him seriously injured. He sustained serious head injury and therefore was rushed to the jail hospital for treatment. The jail medical officer on seeing his injury referred him to the Civil Hospital, where the victim is under treatment. He said during search, the jail staff found an iron piece and sharp-edged weapon from the accused.

Following the complaint, the Islamabad police have registered a case under Section 52 of the Prisons Act and Section 34 of the IPC against the three inmates.

Meanwhile, an inmate identified as Gurpreet Singh allegedly committed suicide by hanging himself in the bathroom. He was recently shifted to Amritsar Central Jail from Patti sub-jail. He was lodged in the jail in January this year on murder bid charge. According to the police, he was not keeping well. The police have started inquest proceedings in the case, while further investigations were under progress to ascertain the cause of death. “The body was handed over to the family members of the deceased and its report is awaited for further action,” the police said. The family members, however, have raised questions over his death and accused that he was killed.