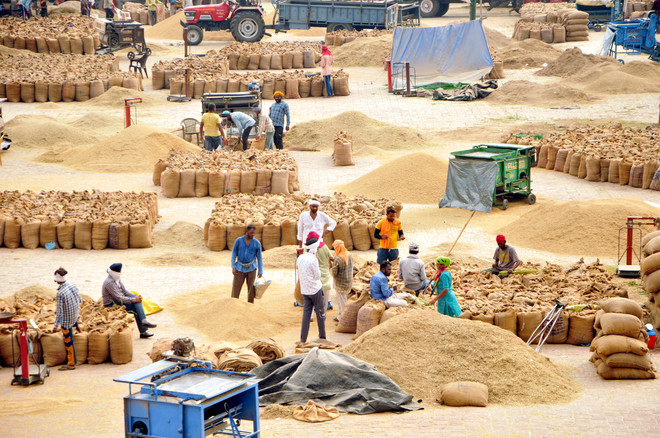 Agricultural produce has started arriving in the grain markets in the district. A total of 53,698 MT of paddy has arrived in the mandis, of which, 14,842 MT arrived on Sunday.

The procurement agencies purchased a total of 13,142 MT while private buyers have procured 721 MT to date.

Officials of the mandi board said paddy arriving in the grain markets has more moisture than the permissible limits. As a result, farmers face problems, they said.

They said paddy harvesting would reach its peak in a week and farmers should wait for the crop to ripe fully.

The Agriculture Department said most of the paddy cultivators take two crops a year and they generally do not harvest the crop early.

Officials of the department said those sowing three crops a year have a short window between paddy harvesting and sowing of wheat, thus they resort to early harvesting.