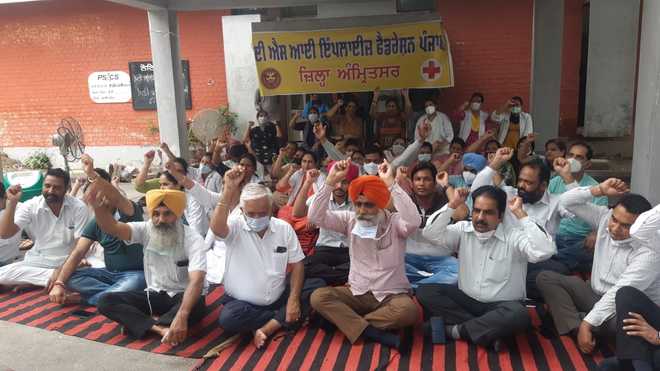 The protest by the Health Department employees against the 6th Punjab Pay Commission report completed 12 days with the employees protesting at Employees’ State Insurance (ESI) Hospital, Majitha Road, on Monday.

“The government is trying to silence theprotesting employees using violence,” he said, adding that such tactics would only strengthen the unity of employees.

Dr Kashmir Singh, chairman ESI Employees’ Federation, said the protest would continue till the demands of the medical employees were accepted. Raising slogans against the state government, the employees said the new pay panel report is against the interests of employees and would not be accepted at any cost.

They said it is for the first time that the implementation of a new pay commission report would result in decrease in salaries instead of an increase. Ashok Sharma said: “Every time a pay commission report is announced, employees expect a raise, but this time, it has gone the other way.” The protesting employees said the protest would be intensified in the coming days if the government failed to respond to their demands.