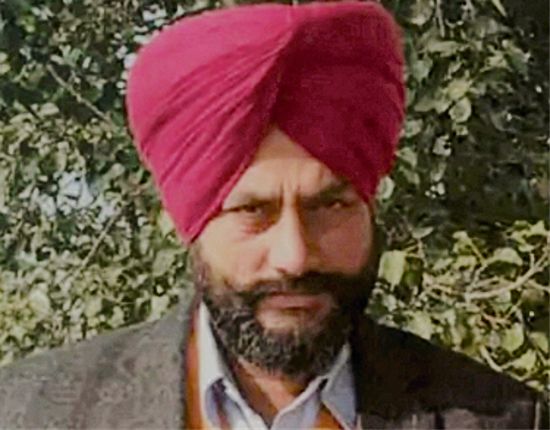 After this incident, the members of the Samyukt Kisan Morcha gathered on the spot and awarded him the title of a ‘martyr’.

Gurdev Singh, a fellow farmer sitting outside the house of MP Shwait Malik, said, “The farmers have been demonstrating in front of the houses of BJP leaders since September 2020. Angrej Singh used to visit the protest site very often. He was here for the last two days. The family of deceased has been informed. According to the information, the son of the farmer has been studying in Canada and his daughter is studying in a local college.

Jatinder Singh Cheema, state press secretary of the Kirti Kisan Morcha, said, the state government had promised to give compensation to farmers, who died during the farmer’s agitation. Angrej Singh spent a long time at the Singhu border and has been a part of the farmers’ demonstration since long. The government should give job to one of the members of his family, they said.

The farmer unionists condemned Shwait Malik for not showing any concern to the farmer who lost his life outside his house.