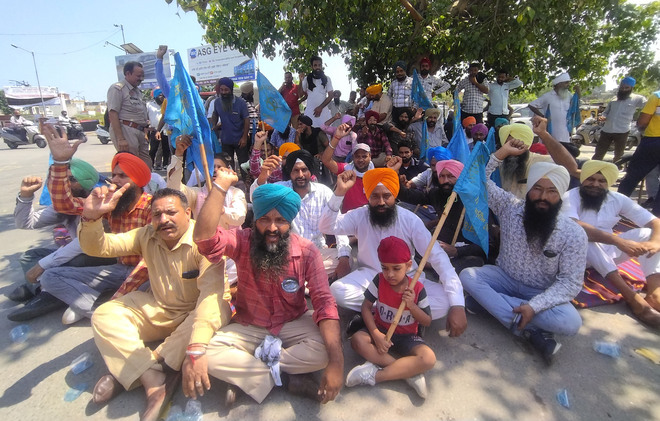 Members of the Punjab Roadways Punbus Contractual Workers’ Union held a protest by squatting on the Bhandari Railway Overbridge here on Monday.

The indefinite strike called by the union, seeking regularisation of contractual and outsourced staff workforce engaged by the Punbus and PRTC, entered the eighth-day on Monday. Holding banners, they raised slogans against the Capt Amarinder Singh government for not fulfilling its promise for the past four-and-a-half years.

Their demands include regularisation of all 7,500 contractual workers being employed under the PRTC, implementation of equal work equal pay and reinstatement of those contractual staff members who were relieved under conditions.