In terms of number of beneficiaries under the Ayushman Bharat Sehat Bima Yojna, Punjab is ranked 13th with around 1.64 lakh families have taken the benefit of the scheme, which offers cashless medical treatment up to Rs 5 lakh.

Ayushman Bharat CEO Indu Bhushan, while talking with representatives of the north zone states in the workshop, said that even though Punjab had started the scheme at later stage, around six months ago, it has shown an encouraging response.

He said there was a need to spread more awareness about the scheme so that maximum numbers of people were able to avail the benefit of the health scheme. He said authorities were also keeping a check on private hospitals so that they did not exploit the scheme to their benefit.

Replying to a query about private sector hospitals complaining that the charges for treatment are very less, he said of the 86 lakh persons treated in the country under the scheme so far, around 41 lakh persons were treated at private hospitals. 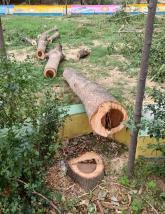