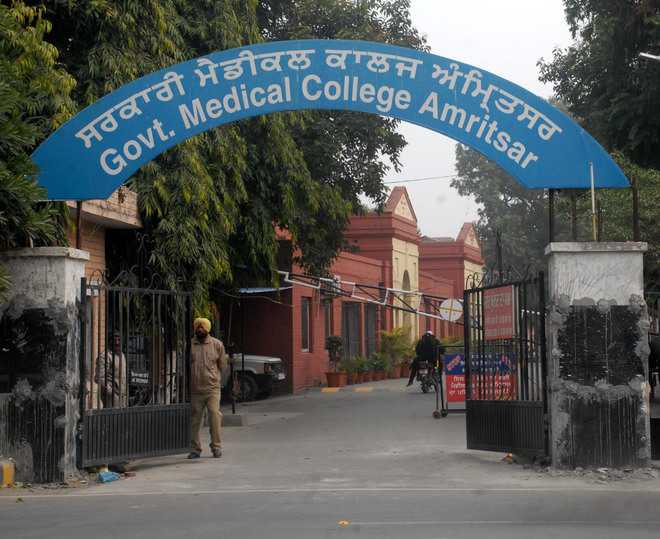 As the Aam Aadmi Party presented its first Budget, BJP hit out at the ruling party’s maiden attempt calling it ‘directionless’, with no provision made for the party’s flagship poll promise of Rs 1,000 monthly stipend for women.

Senior BJP leader Rajinder Mohan Singh Chhina said all sectors have been ignored and no concrete steps had been taken to correct the ailing fiscal health of the state.

He slammed the Bhagwant Mann government for ‘unfulfilled’ promise to women. The AAP Budget also received flak for missing out on its poll promises of providing social security to women, unemployed youth and senior citizens.

Dr Satnam Singh Ajnala, president, Jamhoori Kisan Sabha, said the Budget fell short of addressing the agriculture revenue related issues. “Agriculture contributes 28 per cent of the Punjab’s GDP, but the Budget sanction for the same comes to approximately 7.4 per cent, which is very less. The Budget of this session is no different from the last one and is not even near the promises made by AAP while contesting the poll. Social security for women, senior citizens, unemployment allowance, which were big promises of AAP remain unfulfilled even this day. There is no roadmap for increasing the revenue of the state,” he said.

There were some who have appreciated the attempt of AAP to accomplish much with limited resources.

“The state Budget of Rs 1.55 lakh crore reflect an attempt to prioritise development within the constraints of limited resources. Focus on industrial points and acquiring unused industrial plots for new entrepreneurs will trigger generation of new employment. To continue with subsidy of industrial electricity will encourage entrepreneurs. The enhancement of expenses for medical and technical education, too, was the need of the hour. To install solar plants in schools to explore the potential of energy is a welcome step,” said Dr SS Chhina, Secretary (Education), Chief Khalsa Diwan.

Meanwhile, the trading fraternity in the city seems to be satisfied with the provision of Rs 3,163 crore for the promotion of industry and business in the Budget. President of Punjab Pradesh Board of Trade, Pyare Lal Seth, said the Board welcomes the establishment of merchant commission, calling it a meaningful step for the uplift of traders.

“Our demands included abolition of Punjab State Development Tax (Professional Tax), announcement of economic package for the border districts of Punjab, speeding up the Patti Makhu Rail Link Project among others,” Seth said.

Amritsar West MLA Dr Jasbir Singh Sandhu called the Budget pro-people and said people got a glimpse of the change that was promised. He said by presenting the first paperless Budget in the history of Punjab, the government has saved Rs 21 lakh per annum.

“The Budget prioritised health, education and tourism, which will help in raising the standard of living of the common man. As many as 75 mohalla clinics will be opened on August 15 on the 75th Independence Day and the ‘Farishtey’ scheme, under which the victim would be given free treatment in case of a road accident at any nearby government or private hospital, are some of the highlights that prove our government’s commitment towards people’s welfare,” he said.

Aujla reminds Mann of his advocacy of long assembly session

Amritsar: MP Gurjeet Singh Aujla reminded CM Bhagwant Singh Mann of his strong views about holding long sessions for the Punjab Vidhan Sabha, which as a colleague he had shared with him in the parliament. In a tweet, the Amritsar Lok Sabha MP expressed his astonishment that keeping in view the limited days of the session “you no longer seem to be a supporter of long sessions of the Vidhan Sabha”. Talking to The Tribune, he said: “The government tabled the entire Budget and white paper indicating that the Budget session will be concluded in a couple of days.” Once a colleague of CM Mann in the Parliament, Aujla reminded him of being a strong votary of long sessions of the Vidhan Sabha, which is currently under progress to table the Budget. He reminded Mann of his views which he had shared with him during the sidelines of the Lok Sabha sessions they had jointly attended. He recalled that Mann used to accuse bureaucracy of fixing short sessions. “Now, however, you have also been influenced by the bureaucracy as you confined the session to just a couple of days,” he said. Aujla concluded in his tweet with a one liner “the longer session would increase the answerability of bureaucracy”. Notably, Speaker Kultar Singh Sandhwan, last month, had announced to hold at least a 10-day-long first Budget session of the newly-elected 16th Punjab Vidhan Sabha, saying that proper time will be given to discuss all its aspects. The new government had presented its interim Budget of Rs 37,120 crore for the first quarter of the fiscal (2022-23) in March. TNS

AAP came to power riding on popular slogans and the promises made to voters have not been fulfilled now. The women folk are at the receiving end. The deteriorating law and order situation in the state has impacted every citizen but no measure and budgetary provision was made to strengthen law enforcing agencies. The budgetary allocations for education, health and infrastructure were dismal and not enough to bring respite to the common man. — Rajinder Mohan Singh Chhina, Senior BJP leader

The Budget has a mixed bag for people. The mohalla clinics will definitely help people in getting access to low-cost treatment, which is the need of the hour. Several projects announced such as the opening of medical colleges and controlling stubble burning are welcome decisions. But overall, the Budget lacks any perk or respite from inflation for the common man. — Sanjeev Behal, a veterinary medicine business owner from hall bazaar

I felt disappointed that the Rs 1,000 social security for women has not been considered in the Budget. The government had advertised the Budget as a ‘people’s budget’ by taking in suggestions. But there is nothing in it for the janta. No social security for women, no mention of inflation. It needs to be seen whether they really implement the talk on mohalla clinics and other promises. — Rita Sharma, a homemaker from the city

The Budget fell short of addressing the agriculture revenue-related issues. Agriculture contributes 28% of the Punjab’s GDP, but the Budget sanction for it comes to 7.4% (approx), which is very less. This Budget is no different from the last one and is not even near the promises made by AAP, which it made while contesting the poll. — Dr Satnam Singh Ajnala, president, Jamhoori kisan sabha

The Budget of Rs 1.55L crore reflect an attempt to prioritise development within the constraints of limited resources. Focus on industrial points and acquiring unused industrial plots for new entrepreneurs will trigger generation of new employment. Continuing with subsidy of industrial electricity will encourage entrepreneurs. The enhancement of expenses for medical and technical education, too, was the need of the hour. To install solar plants in schools to explore the potential of energy is a welcome step. — Dr SS Chhina, Secretary (education), Chief khalsa diwan

The Board welcomes the establishment of merchant commission, which is a meaningful step to uplift traders. In the Budget of Rs 1,55,859.78 crore, where the government made a provision of Rs 95,378.28 crore from tax collection, the provisions for promotion of trade and industry will encourage traders in Punjab. — Pyare Lal Seth, President, Punjab pradesh board of trade