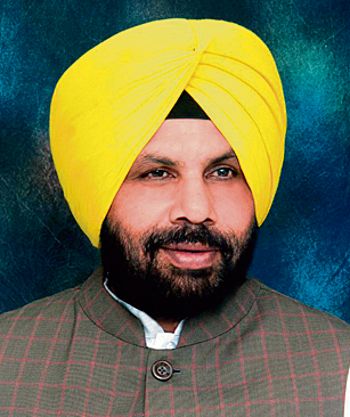 Punjab PWD Minister Harbhajan Singh ETO on Friday flayed the Bharatiya Janata Party (BJP) for attempting to poach AAP MLAs in Punjab under ‘Operation Lotus’. He said if the government did not allow to hold a session, then it would be the death of democracy.

The Power Minister alleged that the BJP was inclined to abolish the democratic structure of the nation with its devious political agenda.

He said people of Punjab ensured a landslide victory for AAP and rejected the BJP as well as other traditional parties but despite this, the BJP is adopting immoral politics to overrule the mandate of people by other means.

He said after the BJP failed to intimidate AAP leaders with central agencies in Delhi and Punjab, it was offering money to AAP MLAs to topple the government. But the staunch soldiers of Kejriwal foiled their nefarious agenda, though BJP succeeded in many other states of the country, including Goa, under its ‘Operation Lotus’ mission.

He also condemned the Punjab Governor’s move to cancel the Assembly session summoned by the elected government and said it was a violation of the democratic systems. He said the BJP doesn’t want the AAP to work for the country as it is extremely frightened by the rising popularity of the party and its supremo Arvind Kejriwal in the country ahead of the 2024 Lok Sabha elections.