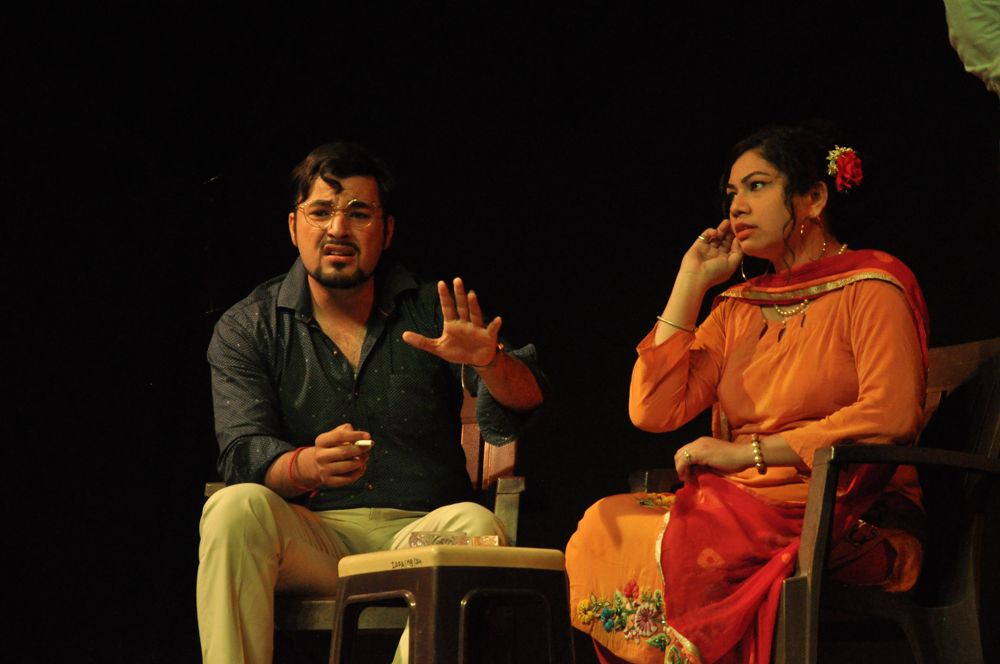 The 19th edition of the Punjab Theatre Festival opened at the Virsa Vihar here on Saturday. The festival that will feature plays by noted playwrights, performed by renowned theatre groups, including alumni of the National School of Drama, will go on till July 8.

The inaugural day presented National School of Drama NSD alumnus Partha Banerjee’s play Turna Muddak Dey Naal. The play largely was a base don symbolism, using several real-life accounts and news to depict fictional stories that talked about social, economic and moral challenges one has to face in life. Its underlined message was that during times when all’s not well with life, one has to dig deep and find the courage, conviction and determination to keep on walking to never give up easily.

It presented a social commentary that narrates man’s relationship with nature, with other species and with himself. It talked about the moral dilemma that almost everyone faces in their lifetime, it highlighted the disconnect that we feel between personal relationships, the constant search for a hope – for a better future, or better life. It encouraged the audience to keep taking the road less travelled, with our heads held high and a spirit that keeps the fire within burning.

The play was staged by artistes who had attended the month-long national theatre workshop with Kewal Dhaliwal, Partha Banerjee and others as mentors.

Presenting the glimpses of noted satirist and humourist Harishankar Parsaayi and Krishan Chander’s literary sensibilities by amalgamating the stories penned by the two writers, the play was a socio-romantic drama that presented two completely different stories with a similar sentiment. The first story was a drama where a tourist falls in love with a Kashmiri girl, who is married but is earning her livelihood as her husband is away for a job.

At first she outrightly rejects his offer for a relationship, but burdened by her poor living conditions and low income, she reluctantly agrees to enter into a relationship that works on a promise of a better life for her. The second story, a romantic satire, was about a guy, who is a philander but always manages to get away from a commitment due to his charming ways. When he encounters a determined girl, who goes all the way to pursue him for marriage, he finally manages to convince her that he only loved her as a sister, and he is not confined to the social obligations of a marriage and a relationship.