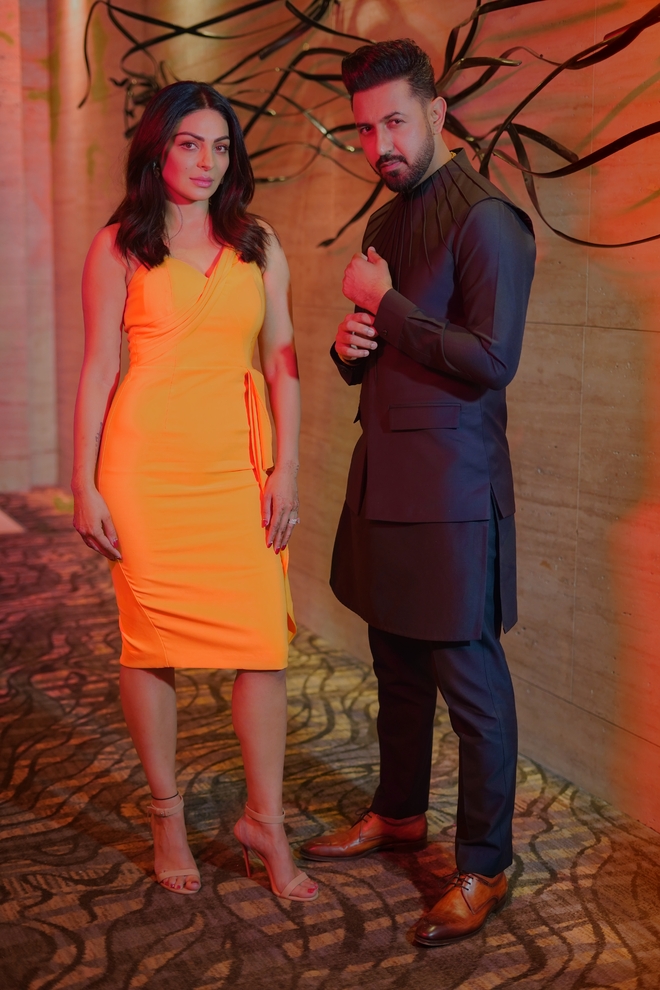 After reeling under the distress created due to the pandemic, the Punjabi film industry is finally abuzz with multiple theatrical releases headlined by top stars. Upcoming film ‘Paani Vich Madhaani’, is the latest in line, bringing a collaboration of top-billed stars — Gippy Grewal and Neeru Bajwa — together after 12 years. The hit jodi of Punjabi cinema that created magic with ‘Jihne Mera Dil Luteya’, is hoping to bring back the audience back to theatres with ‘Paani Vich Madhaani’.

For a Bollywood film, getting digital release is equal to box-office release, as they cover its budget expenses through satellite or digital rights. But the same kind of money is not offered to Punjabi films. Gippy Grewal, actor

Gippy Grewal and Gurpreet Ghuggi, who are among the ensemble star cast of the film, were in Amritsar on Monday for its promotion. The movie looks essentially a retro-drama set in the ’80s.

“The film will definitely bring us back on track with its fresh appeal,” said Ghuggi, sounding confident of the content they have created.

“The film is set in the transitional era of late ’80s and early ’90s that for our generation is considered an important time period. Right from the subject to presentation to its characterisation, the film will offer something that has never been seen in Punjabi cinema,” he said.

Gippy, who is elated to share screen with Neeru Bajwa, said the film has been made with a lot of heart.

“We have been working all throughout the pandemic, if not shooting outdoors, then working out the production details. Every detail in the film has been created with efforts, using best quality production. It feels good to bring such a movie to audience after so long,” he said.

As for the new normal — OTT platforms — both actors were of the view that cinematic experience is better off in theatres.

“Watching a film in theatres has always been a celebration of sorts for Punjabi film audience. You just do not go to watch a movie, you go there for a shared experience of emotions, have a great time with family or friends and make memories. OTT platforms have been great for expanding the creative genres, but theatres will always have their audience,” said Ghuggi. He insisted that the government should lift curbs on theatres to allow business to return to normal.

Gippy, on the other hand, said OTT platforms and cinema have entirely different audience. He said business wise, OTT platforms are not good for the Punjabi film industry, at least for now.

“For a Bollywood film, getting digital release is equal to box office release, as they cover its budget expenses through satellite or digital rights. But the same kind of money is not offered to Punjabi films yet. Punjabi films have the ability to cover their cost of production in a single ticket,” he said. As a producer, Gippy has been making good content for digital as well as cinema. “As far as creative content is concerned, OTT platforms give us an opportunity to try something new. I have produced web series ‘Zila Sangroor’ for Punjabi OTT channel that has garnered great response and even ‘Warning’, which will now be made into a film and will release in November.”