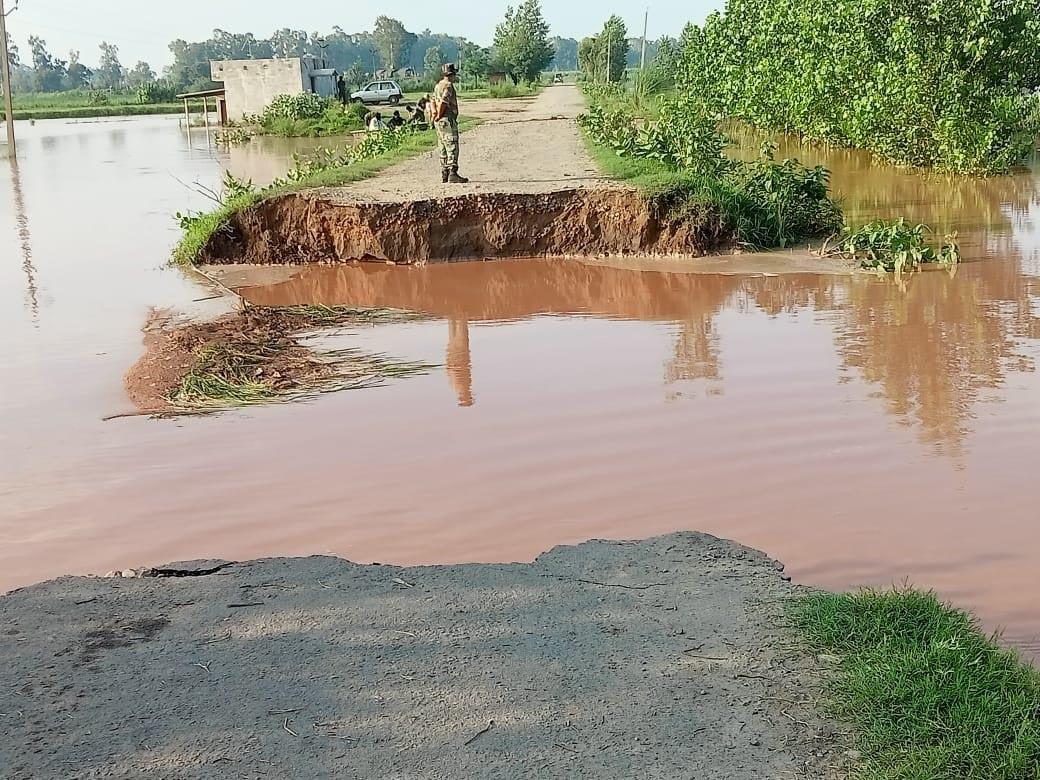 A breach in a link road caused by the floodwaters of Ravi.

When the waters of the Ravi river flooded Dera Baba Nanak early this week, villagers were left at the mercy of the Army, BSF and the Gurdaspur administration. In the end, all the three entities worked in tandem and did not let them down. They joined hands to ensure all five affected villages were promptly evacuated once the waters started entering their villages. Locals were lodged in schools, community halls and dispensaries. BSF DIG Prabhakar Joshi and Deputy Commissioner Mohammad Ishfaq played pivotal roles. A 10-m-wide breach in a village link road, which is often used by the BSF to transport men and material to the international border from its command headquarters in Gurdaspur city, was proving to be a problematic area. Twenty-four hours later it seemed nothing had happened as normalcy returned. The villagers were back tilling their land. An officer disclosed that such floods were a normal occurrence and the villagers had learnt to live with such exigencies.

Gurdaspur all set to get free pathological lab 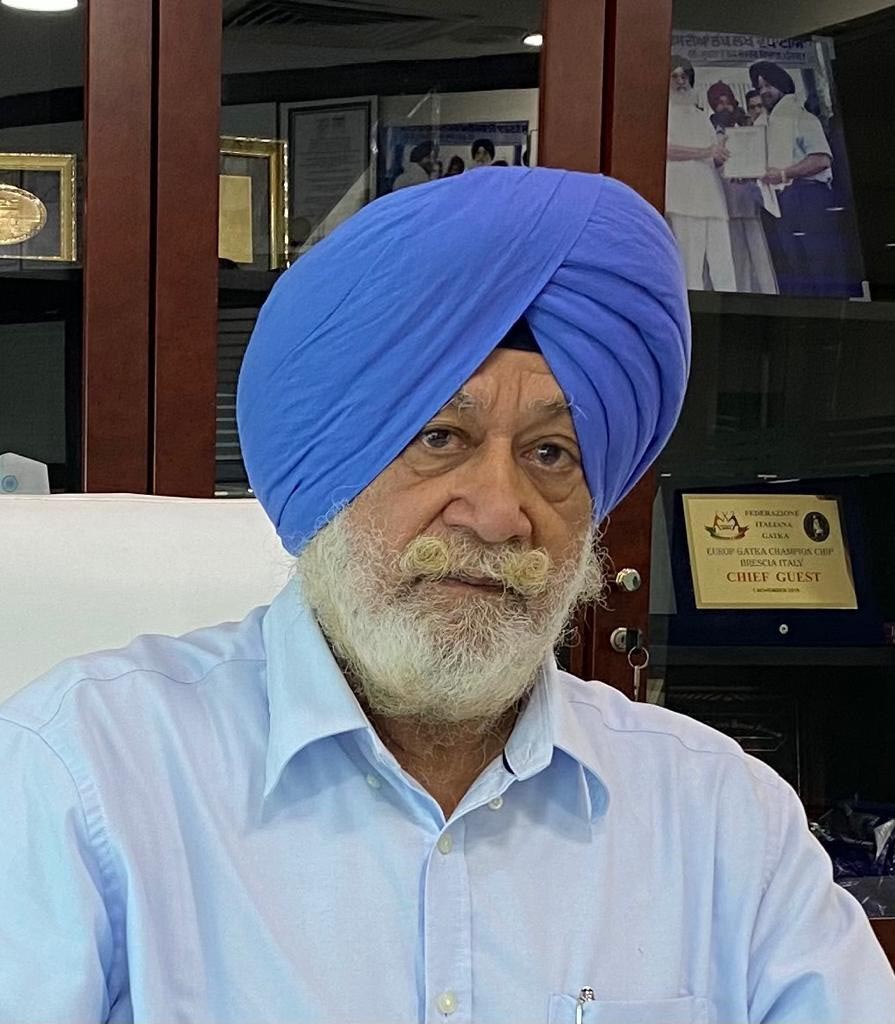 What we have done for ourselves dies with us; what we have done for others remains immortal. This, in essence, sums up the philosophy of Dubai-based NRI philanthropist Dr Surinder Pal Singh Oberoi. During Covid, he bankrolled chartered flights to bring back hundreds of Indians stranded in the UAE sans food and money. Some did not even have passports. He took it upon himself to ensure his brethren returned safely to their families. His charitable organisation, Sarbat-Da-Bhala, has opened several pathological laboratories in the country. However, for some reason Gurdaspur city was left behind. The businessman often quotes Archimedes’ lines: “Give me a lever and the right place to stand and I will move the earth.” Likewise, give Oberoi the right environment, banish bureaucratic wrangling to the sidelines and then see how the man improves the health and educational infrastructure of Punjab. He has asked his Man Friday, Dr Satnam Singh Nijjar, who is also a renowned surgeon of Batala, to scout for a 500 square yard plot near the civil hospital at Babri on the Gurdaspur-Batala road. Dr Nijjar is on the job and hopefully by the end of next month the blueprint of the project will be ready. Oberoi also plans to open a sample collection centre in the heart of the city. “The poor cannot travel to the civil hospital, the site of the proposed lab, to give samples. This is where the collection centre comes into play. Samples will be collected here and then taken to the lab for tests,” said Dr Nijjar. In this region, Oberoi has already opened such a lab at Batala. Amritsar, too, has one. Gurdaspur was left behind, but now the city will be on par with others. In 2019, when Guru Nanak Dev’s 550th birth anniversary celebrations were held, the philanthropist had announced plans to open 50 labs. Then again in 2021 during the 400th birth anniversary celebrations of Guru Teg Bahadur, Oberoi had promised to open 50 more such entities. Till now, out of 100, 70 labs have been established in Punjab, Haryana, Bihar and HP. Gurdaspur will have lab No. 71. Indeed, life’s most persistent and urgent question is what are you doing for others? If the rich start emulating Oberoi by making just one per cent contribution of their yearly earnings, the world will become a better place to live in. On his part, the businessman donates 90 per cent of his earnings from his business in the UAE to charity. His motto is: If you want to lift yourself up, lift others. “Rather than being human, be humanitarian,” says Oberoi as he takes a call from a police officer who wants Covid-related equipment to be sent to his district.

Policemen keyed up to take on the drone challenge

On the eve of the Independence Day, the Gurdaspur and Pathankot administrations issued a notification declaring the entire border area as a “no-drone fly zone”. This meant that had the cops seen any object flying in the air on or before August 15, they would have shot it down. The repercussions would have been dealt later. Deepak Hilori, Satinder Singh and Harkamal Preet Singh Khakh, the police chiefs of Gurdaspur, Batala and Pathankot respectively, remained on tenterhooks. They knew that a single drone launched by Pakistan had the potential to play spoilsport. They were ready to deal with such an offensive, but with a prayer on their lips. Finally, their prayers were answered as the celebrations took place in a peaceful manner. Officers say the Pakistani dilemma, read threat, is here to stay. Days before the I-Day, Khakh even paid a visit to the BSF command headquarters in Gurdaspur to meet DIG Prabhakar Joshi. Ways and means to prevent infiltration was discussed. Also on the table was a discussion of how to thwart the menace of drones. For the security men guarding the borders, the past has been imperfect, the present is shrouded in uncertainty, while the future remains tense.