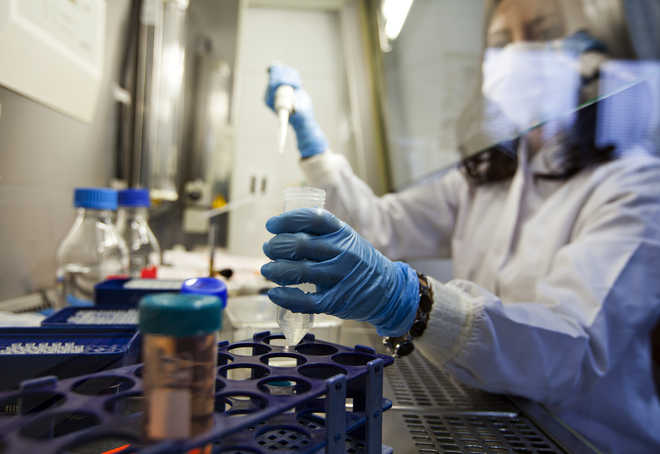 As part of the ongoing process of reforms in jails, pathological laboratories are being established in all Central, district and sub-jails of the state following which inmates will no longer be taken outside the prison premises for tests. - File photo

As part of the ongoing process of reforms in jails, pathological laboratories are being established in all Central, district and sub-jails of the state following which inmates will no longer be taken outside the prison premises for tests.

Dubai-based businessman Surinder Pal Singh Oberoi has agreed to fund the entire project through his charitable organisation Sarbat Da Bhala. The cost of each lab has been pegged at around Rs 25-Rs 30 lakh. Chief Minister Capt Amarinder Singh has already given his nod.

In the first phase, six prisons — Gurdaspur, Patiala, Ludhiana, Amritsar, Bathinda and Faridkot — will be covered

Jails Minister Sukhjinder Singh Randhawa rushed to Patiala on Thursday to work out the modalities with Oberoi’s team. Dr Daljit Singh Gill, a former Deputy Director of the Punjab Health Department, has been asked to ensure that no teething problems delay the venture.

In the first phase, six prisons — Gurdaspur, Patiala, Ludhiana, Amritsar, Bathinda and Faridkot — will be covered. Apart from routine tests, electrocardiogram (ECG) tests, which are used to detect heart problems and monitor the heart’s status in many situations, too will be conducted.

Oberoi’s charitable organisation has opened scores of labs across the state. “It is for the first time that we are establishing labs in jails. At other labs, we charge just 10 per cent of what is charged by private labs. In the labs to be opened in prisons, this 10 per cent fee will be given to us by the jail authorities. I have asked Dr DS Gill to use his experience and expertise to make sure the labs are established by the end of May. Our teams will visit the jails next week to select the exact sites,” said Oberoi.

Randhawa said he had asked his officials to identify sites within the jails premises within a week. “It is said that nobody truly knows a nation until one has been inside its jails. A nation should not be judged by how it treats its highest citizens but by how it treats its lowest ones,” he said.