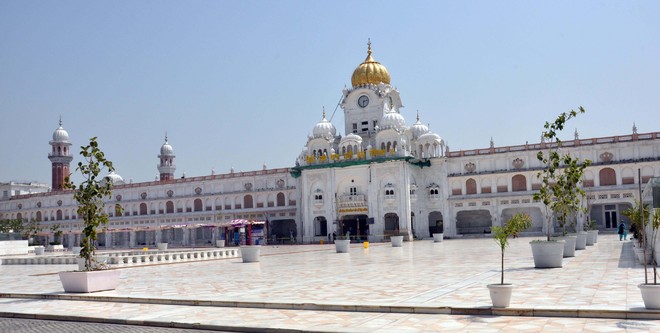 Unmindful of SGPC’s warning against holding any protest at Gurdwara Sri Manji Sahib Diwan Hall in the Golden Temple complex, the Satkar Committee and other organisations are adamant on holding their protest there tomorrow against the SGPC for its “failure” in ensuring the sanctity of Guru Granth Sahib “saroops”.

On the other hand, SGPC president Gobind Singh Longowal said Gurdwara Manji Sahib Diwan Hall was a religious site for holding ‘gurmat’ programmes and discussions, not for holding demonstrations. He had also asked the Satkar Committee to furnish details of the ‘saroops’ that were taken into their possession to date at the first instance.

In the backdrop, the disappearance of ‘saroops’ from the possession of the SGPC in connivance with some of its staff members and officials had created an uproar. Sri Guru Granth Sahib Satkar Committee head Balbir Singh Muchhal said Gurdwara Manji Sahib was not a personal site of the SGPC and hence he could not restrict anyone’s access. — TNS