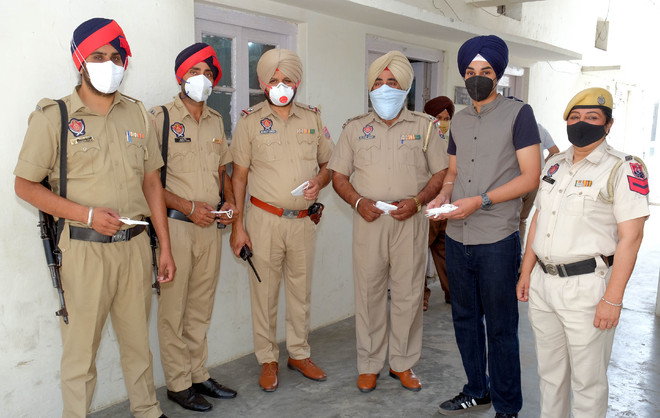 Ever since the PM called on the support of ‘Bal Mitron’, asking country’s youth to chip in with Covid-19 relief efforts, many rose to the occasion.

Bir Singh Uppal, a16-year-old from the city, has been single-handedly raising funds and running Covid-19 relief work, reaching out to the vulnerable groups.

A student of Doon School, Dehradoon, Bir has been in Amritsar since the studies continued online due to the pandemic. He has managed to raise Rs2 lakh, which were used to procure and distribute relief material.

“I was pushed to do something, as I heard stories of how frontline workers were facing the dangers of the pandemic head on, while we sat safely in our homes. I discussed it with my family and started an online fundraiser through social media platforms. The response was overwhelming and people were really generous and we were able to raise Rs2 lakh within a month’s time,” said Bir. He received donations from across the country and even from family and friends settled in the US and Canada.

He has used the funds to distribute 10,000 N95 masks to police personnel, sanitation workers, residents of Nushera village and provide relief material to the Institute of Blind, Amritsar.

“I wanted to reach out to vulnerable groups like the police personnel, who have been on duty despite the danger of infection and also the rural population, especially daily wagers, who work in fields. Nearly 5,000 masks were given to the police personnel and another 5,000 to sanitation workers and people in villages. I also provided food items such as edible oil to the blind school and things that they required, as they have been facing fund crunch during the pandemic,” he said. He has also shared the details of the funds spent with all his donors.

For him, these efforts led to a realisation as well. “I felt quite content that I was able to raise funds beyond my expectation. Also, I now feel motivated, more than ever, to continue my efforts to help the community through any possible means,” he says.

His mother Vinit Uppal said its time the youth of the country realise their social responsibility and proved that they can be the change.