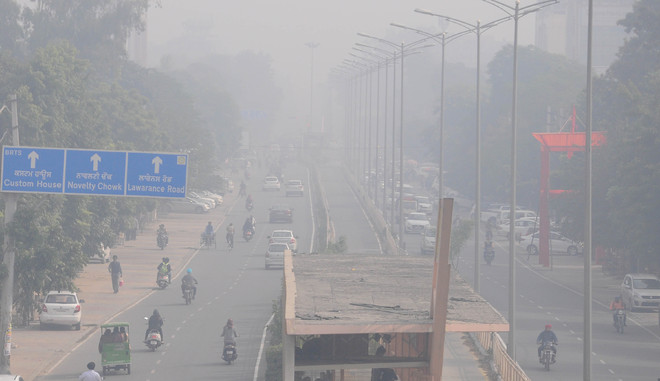 Jagtar Singh, a bus driver, said: “Drivers should keep an eye on white markings on roadsides as these prevent them from going astray to the other side, which can help in avoiding head-on collisions.” He said drivers should also keep their headlights on low beam as at high beam, the visibility further decreases.

As the fog consists of tiny droplets of water, high beam lights get reflected and visibility gets decreased. Singh said keeping front and side window glasses clean, avoiding music and a controlling speed could result in checking accidents and saving lives during fog.

“Driving in fog is not about seeing but listening, too. If the music is off and the driver is concentrating on road, he can listen to horns or the sound of other vehicles and act accordingly,” said a retired Roadways driver Harbans Singh. He said most of the time, people hit wooden carts, trolleys and other vehicles from behind as these do not have tail lights. “It is here that the police and the administration can help. All vehicles may not have front fog lights but reflectors at the tail are a must, so that drivers coming behind could spot these vehicles,” he said.