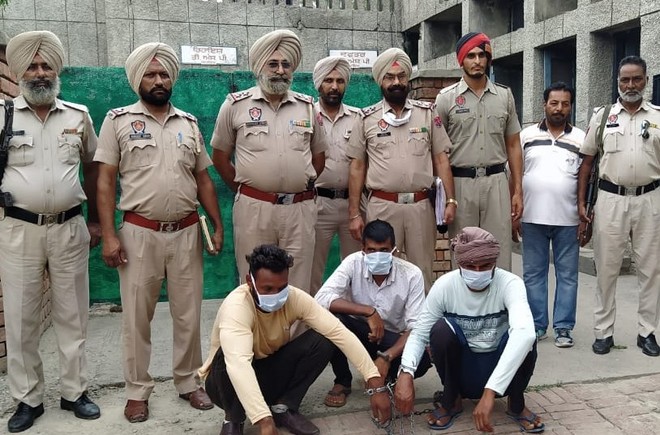 Accused in the police custody in Tarn Taran on Tuesday.

The Valtoha police claimed to have busted a five-member gang of robbers by arresting three of them from Algon Kalan on Tuesday.

Two of them managed to escape from the spot in Algon Kalan village, where they had gathered to plan a robbery in the area on Tuesday. A country made pistol with two cartridges, a datar and sword was also recovered from them.

Sub-Inspector Charan Singh, who conducted the raid to arrest the gang members, said those arrested have been identified as Sarwan Singh Daman of Dibbipur, Angrej Singh of Wara Telian and Palwinder Singh of Algon Kalan, while Karam Singh of Algon Kalan and Narain Singh Shera of Dib.