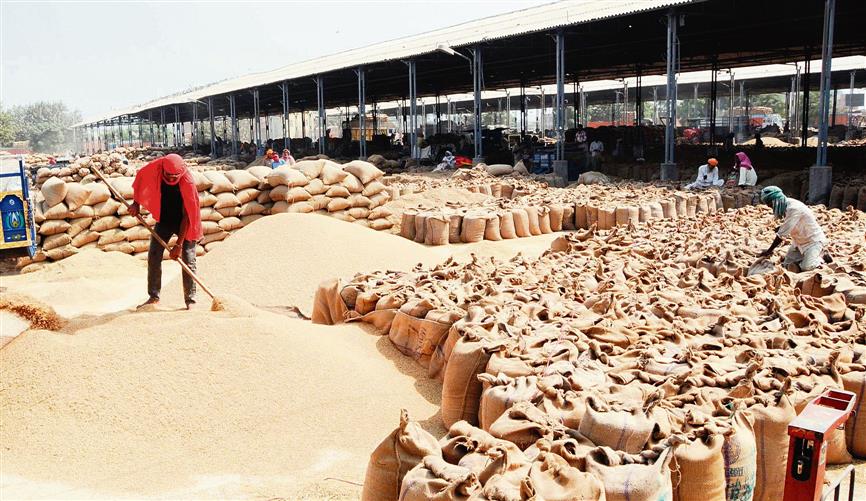 A district manager and an inspector of the mandi have been placed under suspension after paddy worth Rs 2.69 crore purchased by Punsup was found missing from the stocks at Chheharta town in Amritsar.

This is the first major case detected by the state government where bogus billing for paddy on a huge stock has been found.

Punsup MD Dilraj Sandhawalia confirmed that district manager Bandeep Singh and inspector Sukhdeep Singh had been placed under suspension and action against errant rice mills would be initiated.

The anomaly has been found during a random physical verification of stocks in mandi and in rice mills where the paddy purchased is sent for milling. The stocks are being checked across all mandis in the state as the amount of paddy procured by government agencies in Punjab has exceeded the paddy production for this ongoing season.

Official sources told The Tribune that the officials could not account for 38,000 bags of paddy, which were shown to have been purchased from farmers. These bags, each having 37.50 kg paddy, have been shown to be purchased by Punsup for Rs 2.69 crore, allegedly through bogus bills.

A senior official in the department said the two officials had been claiming that the “missing bags” were in transit. It is apprehended that cheaper paddy from other states would be bought and shown as the paddy purchased on minimum support price from farmers.