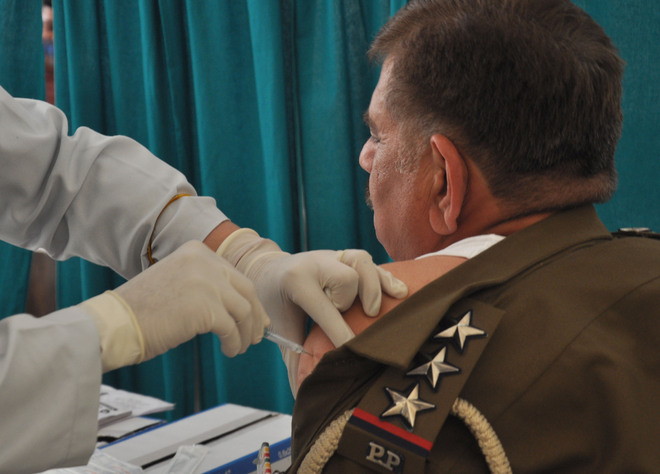 A cop gets vaccinated at the Civil Hospital in Amritsar on Saturday.

While the Covid-19 vaccination for the elderly and citizens with comorbid conditions has been receiving encouraging response in urban areas, the people in rural areas are not so enthusiastic about the same and the administration might have to pull up its socks to convince people for vaccination.

A Health Department official stated that apart from rural areas, the localities on outskirts of the city which are inhabited by lower socio-economic people are yet to give the response which was anticipated. However, he added, “The drive for senior citizens had started around five days ago. The people are a little hesitant. We feel that the response would increase in the coming days.”

The sources in the department stated that people with less education are a little apprehensive but would come around in few days as they would see the benefit of the vaccination.

The district health administration has at present allowed 23 hospitals in the private sector and 15 in the government sector to administer the injections. The health officials stated that more private hospitals would be empanelled in the near future to cater to the huge demand for injections.