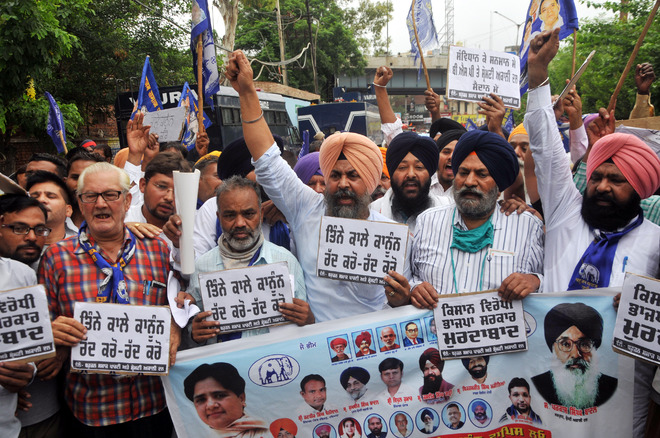 Activists of the district unit of Shiromani Akali Dal and Bahujan Samaj Party held a protest and urged the Centre to repeal the three agri laws on Tuesday.

Gurbaksh Singh of the BSP said his party has been protesting against the three agri laws when they were introduced as ordinances in Parliament. He said a memorandum addressed to President Ram Nath Kovind was submitted to the Deputy Commissioner.

Gurpratap Singh Tikka, chief, SAD (urban), said MPs from Akali Dal and BSP have been protesting against the new agri laws in Parliament. He reiterated that the SAD would continue to protest against the three farm laws till they were not repealed.— TNS