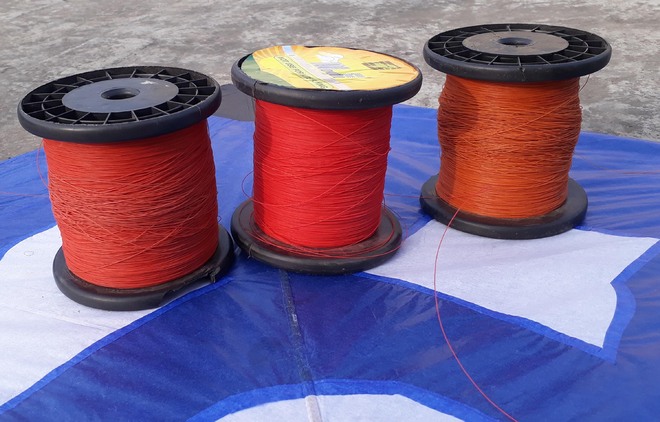 A view of china string (Gattu) in Amritsar.

Despite a ban, the sale and use of Chinese string during Lohri went unchecked in the city. Shopkeepers sold plastic string through their networks.

Contrary to the claims of the district administration and the police, residents openly flouted rules. Social organisations had sought a ban on plastic string and had even demonstrated last week to pressurise the authorities and create awareness.

Rohan Kumar, a social activist, said, “Several birds are killed or injured due to Chinese string. Birds, which fly at low height, suffer a lot. Sparrows, pigeons and doves cannot get free from the trap of plastic string.”

Jantinderpal Singh, a resident, said, “Chinese string is fatal for human beings and birds. Despite being banned, it is easily available. The government should ban its manufacturing or take action against users and sellers.”

Shera a construction worker from Valla village said, “I met with an accident a few days ago as plastic string wrapped around my neck. The government should implement ban and violators should be dealth with sternly.”

Nodal Officer Sushant Bahtia said, “It is true that the practice is still going on. We have registered criminal cases against people, who stored the banned string. We need more staff to keep vigil on sale and use of killer string.”