When a single facility in a small place like Gurdaspur produces an Olympian, a near Olympian and 50-odd international judokas, the myth that only big cities having state-of-the-art training facilities can produce international sportsmen is comprehensively shattered.

The latest news from the centre is that Jobandeep Singh, Jasleen and Avtar have been included in the squad that will represent the country in the Birmingham Commonwealth Games this coming July.

The Olympian here is Avtar Singh, who donned the Indian blazer in the 2016 Rio Olympiad. The near Olympian is Jasleen Saini, whose hopes of making it to Tokyo, hinged on India’s participation in the Asia-Oceania championship in Kyrgyzstan in April last year. Two members of the Indian contingent tested positive for Covid-19, following which the entire team was withdrawn hours before the tournament commenced. Consequently, Saini’s Tokyo dream vanished into oblivion.

He is a hard task master whose motto is — “If you think you are good enough, you have started your decline.” He says he trains his boys only on days ending with a Y. “There are two types of sportsmen in my hall. Those who find excuses and those who find a way. I identify the former and weed them out,” says Shastri. 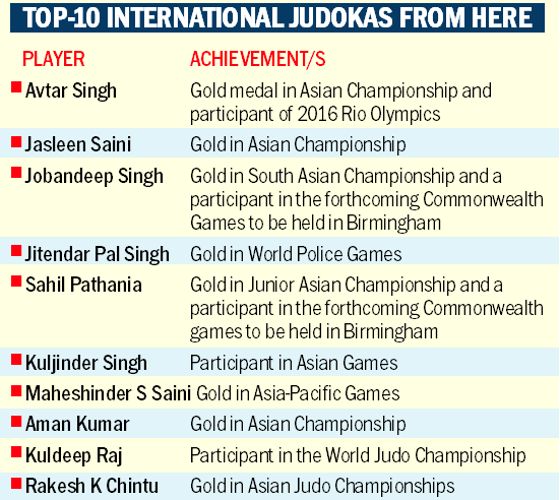