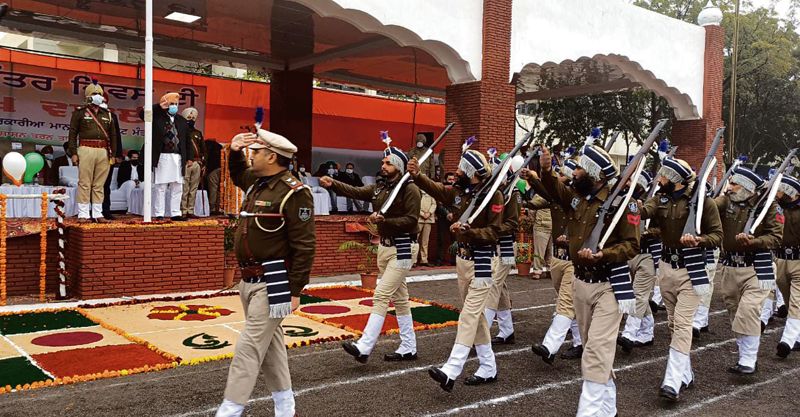 On the occasion of 73rd Republic Day of the country, Cabinet minister Sukhbinder Singh Sarkaria unfurled the national flag at the district-level function organised here on Wednesday .The minister also inspected the parade and took the salute from the march past.

Keeping in view Covid-19 protocols, the function was organised in a simple way.

DSP Maninderpal Singh led the Punjab Police parade in which women policemen and Punjab Home Guard jawans too participated. Addressing on the occasion, the minister remembered the sacrifices of the country’s great heroes who made supreme sacrifices for the freedom of the country. He also paid rich tributes to them. He said in the freedom struggle Punjabis made maximum sacrifices.

The minister was honoured by Deputy Commissioner Kulwant Singh and SSP Gulneet Singh Khurana on the occasion. District and Sessions Judge Priya Sood, Additional Deputy Commissioner (General) Jagwinderjit Singh Grewal, and local SDM Rajnish Arora were among the dignitaries present in the function. The function concluded with the playing of the national anthem sung by students of the local Sri Guru Arjun Dev Government Girls Senior Secondary School.

Functions were organised at the office of the local municipal council, the Civil Hospital, Congress Bhawan, the railway station and in certain educational institutions.