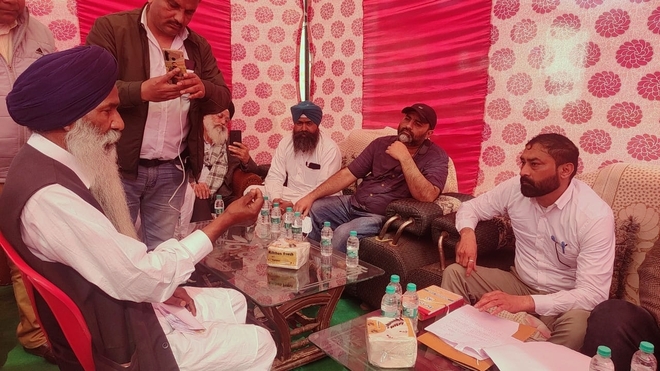 Members of the SC commission in talk with a complainant at Verowal Kiri Shahi village.

A three-member team of the Punjab State Scheduled Castes Commission in its visit to Tur village had formed a three-member Special Investigation Team (SIT) to investigate the facts of the complaint of alleged non-cooperation by the Block Development and Panchayat Officer (BDPO) and the Panchayat Secretary with the sarpanch in carrying out development works in the village.

Raj Kumar Hans, Navpreet Singh and Deepak Kumar, members of the SC commission, were in the village to investigate the complaint lodged by the Dial Singh, village sarpanch who is the member of the community. The sarpanch had alleged that the BDPO Naushehra Pannuan and the Panchayat Secretary Gurmukh Singh were pressurising him and not cooperating. The commission formed three-member SIT comprising SDM Khadoor Sahib, DSP Goindwal Sahib and local DDPO to investigate the facts of the complaint registered by the sarpanch and submit the report on March 12 to the office of the SC commission at its Chandigarh office. — OC