SC takes note of ‘injustice’ to kin of train-tragedy victims 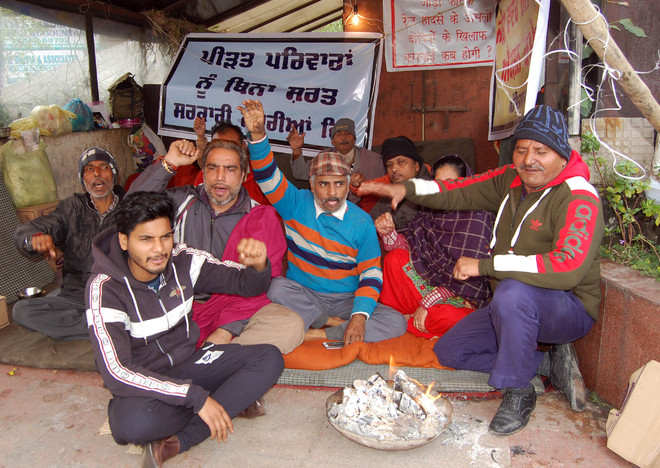 Kin of train-tragedy victims continue their protest amid rain and cold wave in Amritsar on Saturday. Vishal Kumar

The grievance cell of the Supreme Court has registered a complaint regarding ‘injustice’ being meted out to victims and kin of the Dasehra tragedy. A city-based NGO, Amritsar Youth Association, filed a complaint in the Apex Court.

NGO president Ravinder Sultanwind said the complaint regarding was filed about two and half months ago. As per the communication received from the SC, the grievance communication had been successfully registered as a PIL, he said.

In his complaint, Ravinder said 61 people, including several women and children, were killed in the mishap. He said: “On October 19 in 2019, Dasehra celebrations were being organised by local leaders, led by Navjot Kaur Sidhu, near railway track and thousands of residents had thronged the event.

He said the police and the administration were asked not to restrict people’s gathering as all would be taken care of by the organisers. “A passing train mowed down hundred of bystander. As per official record, 61 persons were killed in the incident. Most of those killed were migrants”.

An inquiry by Divisional Commissioner was ordered by the state government to identify those responsible for the mishap. Though a report has been submitted to the government, no action has been taken, even after passage of over nine months, he said.

The complaint stated that the promise of providing government jobs to victims’ kin and adopting a member of family of those who suffered casualty was not fulfilled.

Meanwhile, protests by kin and victims of the train tragedy entered its sixth day on Saturday. They said they would not take part in job fair as asked by the administration. The promise was for government job, they said.