BSF trying to keep youth away from drugs, changing the picture of villages in border areas of Punjab 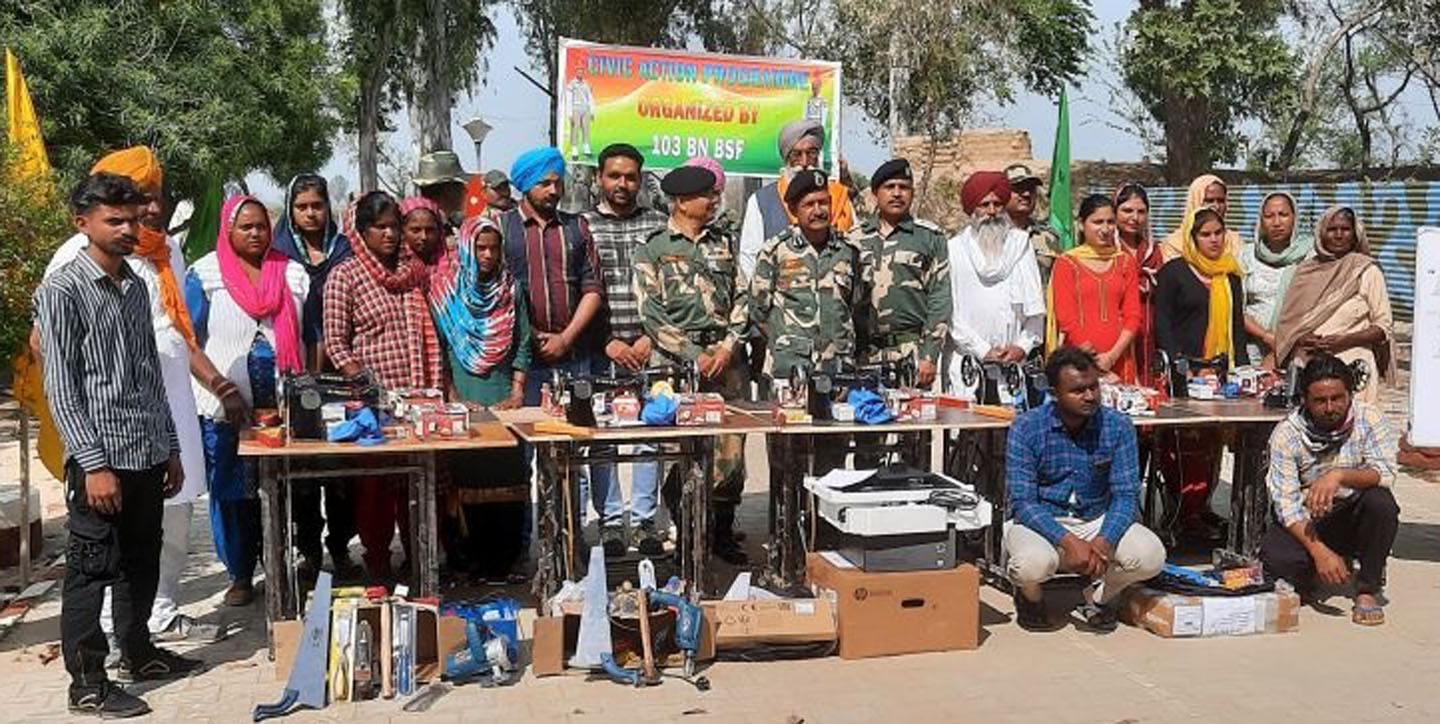 BSF has taken upon itself to initiate various programmes for the welfare of border belt residents. Tribune photos

To meet the needs of people living in the vicinity of the International Border and promote a sense of security among the border population, the BSF has initiated various programmes under the Border Area Development Programme (BADP), which is changing the picture of villages in bordering districts of Punjab.

The BADP covers schemes such as skill development programmes, Swachhta Abhiyan and promotion of sports activities in border areas.

Apart from these, the biggest challenge in border villages is to keep the youth away from drugs and smuggling. The BSF is motivating them to join the forces by imparting training on physical / written courses and sports in training camps. It is organising volleyball / football / kabaddi tournaments for youth of bordering villages. With all these efforts, the interest of bordering youth has increased in sports and unemployment has decreased. Every year, the BSF utilises approximately Rs 60 to Rs 70 lakh on civic action programmes in Punjab for border villages and schools.

During Civic Action Programmes, the BSF distributes various items such as stationery, computers, RO systems, sports-kit etc. to schools and items such as bio-toilet, water-storage tanks, dustbin, football and volleyball to villages. In addition, free medical camps are also organised for villagers.